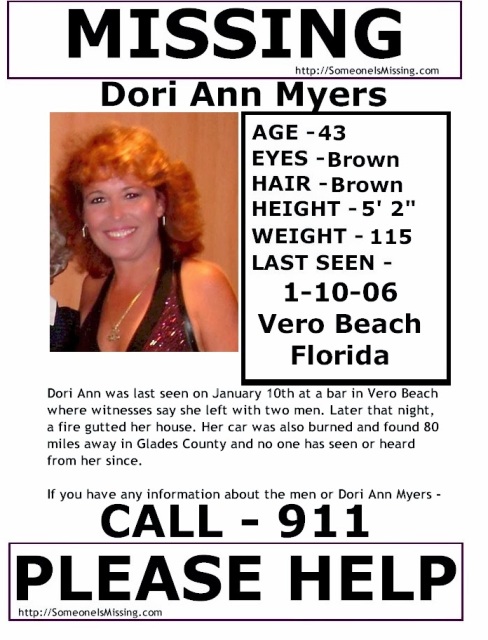 She was last seen at the St. Lucie Inn on Old Dixie Highway in Fort Pierce.  She left with two men who ended up going to her home with her.  Her boyfriend who lived out of state called her and heard the men’s voices in the background.  Neighbors heard arguing later that evening.  Then the following day the house caught on fire.

Police believe that she was abducted and two of her pets perished in the fire.   Her car was found three hours later, and 80 miles away at a boat ramp in Glades County.  She has never been seen since.

Myers has officially been declared dead.

If you have any information on where Dori Ann Myers is, contact the St. Lucie County Sheriff’s Office or Treasure Coast Crime Stoppers at 1-800-273-TIPS.