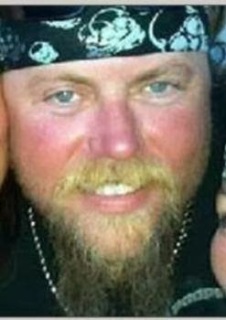 Missing person Shannon Michael Naill left Iowa on or about December 26th, 2013 en route to deliver a work truck to a job site in New Mexico.

Shannon, 40, of Centerville, was expected to return to Iowa to be with family on December 28th but never returned and has not been heard from since the afternoon of the 26th of December.

According to reports, where he was going in New Mexico and whether he arrived or not is unknown at this time.

An investigation by Appanoose sheriff’s office revealed that Naill’s phone was pinged at 8:40 a.m. on Saturday, December 28th in Pueblo, Colorado.

Naill is described as a 40-year-old white male with brown hair and blue eyes. He is 5’10” tall and weights 250 pounds. He has a beard and mustache as well as a tattoo of a skull and top hat on his right arm.

Facebook posts by Shannon’s loved ones show a dedicated family that is working hard to find answers as to what happened.

If you have information on Naill’s disappearance, please contact the Appanoose County Sheriff’s Office at (641) 437-7100.