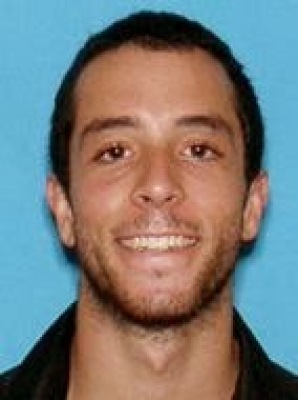 UPDATE 2/18/14 – Tallahassee Police have found Ryan’s body in a vacant building on College Avenue.  A window that was previously boarded up was missing the boards and when they looked inside they discovered Ryan’s body.  Preliminary investigation states no foul play.

Previous story:  Ryan Uhre, 23, a student at Florida State University has been missing for more than a week.  Uhre was last seen when he went to the Andrews Capital Grill and Bar and purchased some food.  He left heading towards Kleman Plaza.  Then he returned after 9 to purchase some more food but the kitchen was closed.  Just before that he was seen at Rosie’s Bar and Grill in Wilton Manors.

Ryan’s phone has pinged in the Pompano Beach area.

Ryan was preparing for the LSAT at FSU after graduating in December.  He had just received an internship at the state capitol for Rep. Richard Stark, a Weston Democrat.  It is hard to believe that Ryan would walk away from such an opportunity, and raises the possibility that he may be stranded or hurt somewhere.

Here is Stark’s statement:
“I share the concerns of family and friends over the disappearance of legislative intern Ryan Uhre, who was recently assigned to work in my Tallahassee legislative office. A 2013 graduate of Florida State University interested in becoming a lawyer, Ryan resided in Weston and his father is a client of my insurance business. In the few days that Ryan has worked with us, he demonstrated exemplary knowledge and performance in all of his tasks.
“According to news reports, Ryan was last seen at about 9 p.m. on February 2 in downtown Tallahassee. Anyone with information about his whereabouts is urged to contact the Florida State University Police Department at 850-644-1234 or the Broward Crime Stoppers at 954-493-8477. My thoughts and prayers are with Ryan and his family, and I sincerely hope that his disappearance will have a positive outcome.”

If you have any information about his whereabouts, please call the FSU Police Department at 850-644-1234.