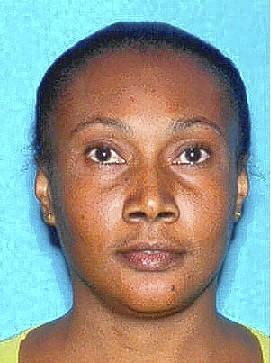 UPDATE 3/3/14 – A body is believed to belong to Carline has been found in her car in a pond behind the hotel where she worked.

A hotel security employee noticed a break in some bushes in a rear parking lot and a Toyota hubcap floating in the retention pond. An Orange County sheriff’s dive team entered the pond and found the car, which had a body inside. A medical examiner will confirm the identity of the person.

Previous story:  Carline Brumaire Jean, 39 is missing from Pine Hills, Fla. She was last seen Feb. 9 when she left work at Loews Royal Pacific Resort near Universal Orlando in a red Toyota Camry with plates 158PYF and she has not been heard from since.