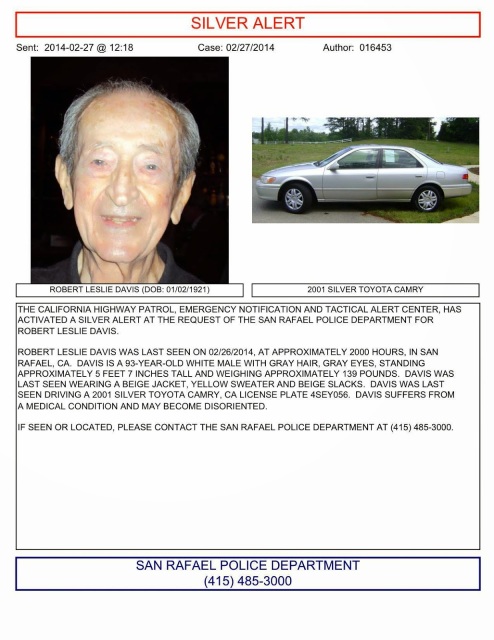 UPDATE:  4/2/14 – Robert’s body was found near his car on Tuesday after an
employee with the California Department of Transportation reported finding the car off Shoreline Highway just north of Dogtown.  The car was about 125 feet off the road and down an embankment and surrounded by trees and shrubs. My heart goes out to Sylvia.

Previous story:  His granddaughter, Sylvia writes:  “Lt. Colonel Robert Leslie Davis. He’s been still missing since February 26, 2014.  He made a safe return from the war once and we are hoping he can do it again now. Please keep a lookout for a 2001 Silver Toyota Camry with a California license plate 4SEY056. Help us find the car, it will give us a chance to finding our grandfather.