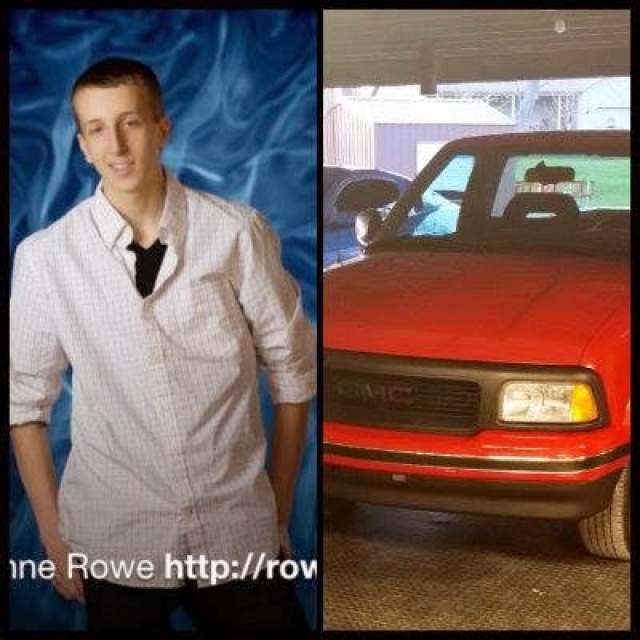 UPDATE:  4/30/14 – Richard been located in Vero Beach, Florida.
Richard Deffendall, 18, is missing from Gibson, Indiana since Tuesday.  His parents aid he did not show up at school on Tuesday where he is a senior at Princeton Community High School.  He also did not show up for work that afternoon.  His last post on Twitter was April 21 and on Facebook was back in February.

Richard’s red 1997 GMC Sonoma truck with polished wheels and Indiana license plate  number TK914MNL.truck was found near Frankfort, Kentucky.  Ballard said investigators were able to confirm that Deffendall stopped in both Dale and Ferdinand, Ind., Tuesday afternoon because his truck needed a repair, according to the Courier Press.

“We did talk with people (who saw him) over there and they all said he was acting just fine and that he had to get some part for his truck. They said he was not acting under any distress or anything like that,” Ballard said. “It appears that at least over there, he was by himself and coherent and all those kinds of things.”

The authorities did get a ping on his phone about 9 p.m. Tuesday near Atlanta.  His mother Joyce, believe someone else has Richard’s phone and he is in danger.

Richard is 6-feet-tall and thin build with blue eyes and brown hair. Richard if you read this please call your mom.  Believe me no one is mad we just all want to know you are okay.