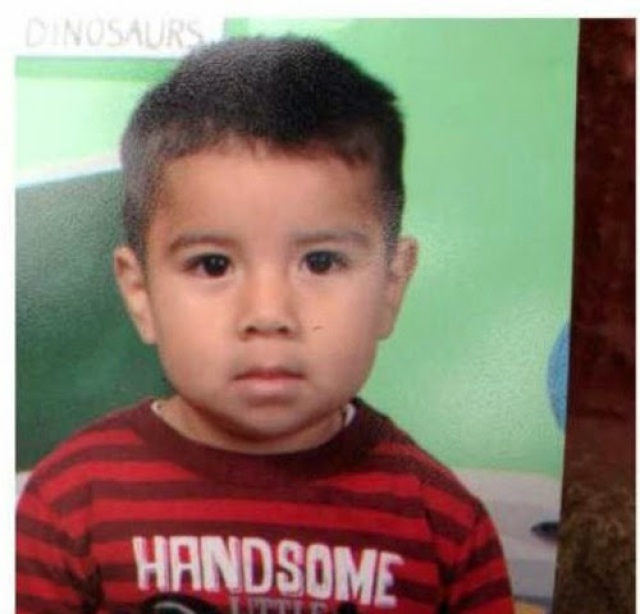 Edwin Vargas, who was abducted by his father from the L.A. area on May 23, was found in Texas Thursday night. Abraham Vargas has been arrested.
Amber Alert for Edwin Vargas, 2, for Los Angeles.  Authorities said that Edwin was taken by his father Abraham Vargas, 27 on Friday.  They have found the vehicle that Abraham drove off in, but Edwin and Abraham are still missing.

According to police, the child’s mother was putting the boy in her car around 6:30 a.m. at her home in the 1000 block of Lorena Street morning when Vargas, who had apparently been hiding nearby, pushed her aside and drove off in the car with the boy inside.

They may be heading to Mexico.

Vargas is Hispanic, 5 feet 6 inches tall, and weighs about 180 pounds. He was wearing a red sweatshirt and blue jeans.

His son, Edwin Vargas, is Hispanic, 2 feet tall, with brown hair and eyes. He was wearing a red sweatshirt and blue sweat pants.