UPDATE 3/9/15 – Hannah has been found safe. With her hair styled differently and shaved on one side and then dyed much darker, Hannah talks candidly about her running away and said she was surprised so many people would become so invested in her life and trying to find her.  She admits in this video to smashing the windshield of her own car. She said that she broke the window because she locked her stuff in the car and broke it to get her stuff back.  I find this odd, as most people would try to break the passenger’s window and not the front windshield.  I think she is not being fully truthful and there is something she is still not saying to anyone.

Hannah has been found.  NBC5 News spoke to Hannah’s dad, Jeff Garner who says he is with Hannah.  Hannah called her father March 7th.

“She said called me and said, dad I’m sorry, I put everyone through this, are you safe, she said I’m safe and I’m ready to come home and I bought a ticket, and then I flew to Santa Cruz, and I picked her up and we are now together,” said Jeff Garner. 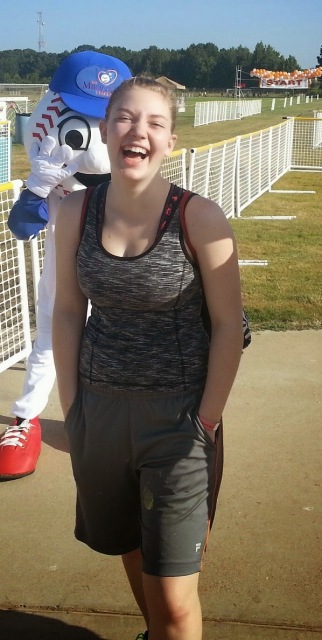 When I read the story that Sylvia Davis was found with Andrew Thibert, I was left with the thought that Sylvia and Andrew know more than what they are saying.

Evidently, I am not the only one as Amy Couture, who set up the Bring Hannah Home Facebook page and many volunteers are not satisfied that Hannah just walked away and want answers.

Showing what a group of people can do to help support the family of a missing person, and that there is strength in numbers, a meeting was arranged with the Deputy Chief Tighe O’Meara so they could asked him to launch a criminal investigation as they do not believe that Hannah ran away, reports the Rogue Valley Community Press.

Right now this case is stalled and is frankly turned into a round robin.   The police do not have enough evidence there is a crime and will not jump to that conclusion, but they can’t even get there until they process the DNA evidence in the car, which will languish for a year because the case is not considered criminal.  We have another one of those missing cases where the police are positive the person ran away on purpose and don’t want to put anymore time or man–hours into it.  Evidently, O’Meara says they have information that they will not divulge that adds up to the conclusion that Hannah has run away.  So, why not share it with us O’Meara?  If you have this info, let everyone know.  If you know where she might be, tell us?  Why is it a secret?  How would telling anyone mess this case up?  I have heard this before from police, where they state they cannot tell what they know as it would mess up their investigation.

When Hannah Graham was missing, Charlottesville Police Chief Timothy Longo was telling everyone what they were doing to find her.  No one had to ask him for a press conference or to come out of his office to talk with them, as he was there every day, letting everyone know what they were doing.  Meanwhile, the FBI will not get involved unless there is evidence of a crime.  Their hands are tied.

One of the statements that O’Meara said was that, “”We have done quite a bit more on this case then we normally would have done,” and “A lot of police departments would have shut this investigation down.”  Comments that come across defensive and whiny and leaves me to wonder if this is their “more” what is their average when it comes for this police department to finding missing people.

And we can only guess whether this “more” O’Meara is talking about is because of the pressure put on by the volunteers or because of her car that was found abandoned and wrecked.  Hannah’s car was found with the windshield busted in and frankly looks as though someone was hit with the car (see photo below) and the police still do not consider this case foul play?

The car is the biggest reason that I am concerned whether this is foul play or not.  Without any DNA or investigation of what caused the broken windshield, meaning was it caused by a person being hit by the car, then I don’t think you can rule out foul play until that is figured out.  But, that could have been figured out already and that is what the police are holding back.

Unless O’Meara calls this case foul play, we are all left waiting till something happens.  Let’s hope it is Hannah returning safe and sound.

Side note:  One question that I did not see answered was whether Andrew’s car was also checked for Hannah’s DNA.

Meanwhile, Jeff left a note for his daughter:

Hannah,
I have been sitting here just looking at pictures of you. BG I really miss you, every picture reminds me of the moment the picture was taken. I started looking at a few of your baby pictures. You are my first child. You made me grow up, you taught me everything I know about being a daddy. You were the first to call me daddy. I am going to use everything you taught me about a Daddy’s love and I will never give up on you Baby Girl. I love you more than you will ever know. I will never stop looking, I will find you. I want to see your smiling face. I want to stay up all night just talking like we do when you are down for summer vacation. I want to hear all of your corny jokes. I love you. Hooks Up.
Love you,
Daddy
Jeff Garner

Police confirmed that on that evening she went to a party near the 13-mile marker of Dead Indian Memorial Road in rural Jackson County, Ore. The party was to be a rave. Sources say drugs and alcohol were present among dozens of teens. Hannah never returned home after the party, and 48 hours later her car turned up near the city of Mt. Shasta, Calif. The car was damaged and abandoned 80 miles south from where the party took place.

“Inside her car were her keys, camera and her phone with the Sim card removed,” Jeff said.

Some of the party goers said that Hannah said she had $5.00 in her pocket and half a tank of gas and wanted to go south.

As time progressed Police believed that Hannah was traveling with one or two people and one was believed to have been Sylvia Davis.  Where they got this information is unknown, but of course, we are not privy to everything the police do.

Then a press release from the Humboldt County Sheriff’s Office on Dec. 6 regarding “two runaway female juveniles from Ashland, Oregon” who had traveled to Humboldt County with Andrew Thibert, 19 in his 1996 Ford Ranger. 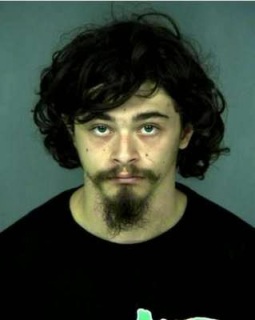 The Sheriff’s Office received information that the Ranger had been located in the parking area of the Mattole Beach campground, at the end of Lighthouse Rd., in Petrolia, Ca. 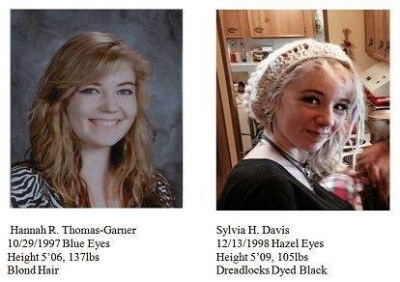 Deputies responded to the Mattole Campground, and coordinated with personnel from the Bureau of Land Management, and the Petrolia Volunteer Fire Department. Deputies also met with the father of one of the female juveniles, who had responded and was present on scene. Information collected on scene indicated the juveniles may still be in the Lost Coast trail area. The Sheriff’s Office initiated a Search and Rescue, and requested the Coastguard for an aerial search of the area. Petrolia Volunteer Fire personnel began a ground search while other assets mobilized.

A short time after the ground search began, one of the female juveniles was located, along with two other male subjects. The male subjects were identified as Andrew Thibert, 19, of Weed and Richard Silver, 19, of Dunsmir. They were located approximately three miles south of the Mattole campground. They were transported back to the Mattole campground.

Deputies interviewed the juvenile female and the two male subjects. Deputies learned that the second juvenile female was not present, and had not accompanied them at all on their trip to the Humboldt County. During the course of the interviews, Deputies also learned that crimes of a sexual nature had been committed by Thibert. Thibert was taken into custody, and transported to the Humboldt County Correctional Facility where he was booked. The female juvenile was released to her father.

The second female juvenile was not located, and there was no information provided that would suggest she was ever present.

We can only assume that the police are right and that Hannah is still out there somewhere.

The police are going back to the party area to see if Hannah ever left there at all, and are going to where her car was found to see if she met with foul play.  Although they are convinced that Hannah was never with Thibert, there must have been a reason they thought she was with them in the first place.  Did they just come up with that scenario because they both went missing at the same time.  I do think more questioning should be done with the people at the party and also with Thibert and Davis. Somebody knows something.  I also think that people saying they have picked her up hitchhiking or saw her on the road are all going to cases of mistaken identity.

There is also questions about the broken windshield.  How was it broken?  Did someone take a bat to it or throw a rock?  Or did Hannah hit a deer or maybe another person?  Or did someone take Hannah’s car and crash the car damaging the windshield.  Did they hit someone?  Was it Hannah?  I think the cause or theorized cause of what happened to the windshield is a big tip that should be figured out.  Although, the police may have already figured it out and have not divulged that information.  I reached out to Jeff and asked him about the windshield and what he believed caused the damage, but I have not heard back from him at this time.

Hannah had plans with her life and kept in contact with her family and there was no indication that she would ever ditch it all and just start traveling south.  Her mom has said that Hannah has gone off in the past.  I’m not clear how independent she was.  I hope the police go back to the beginning on this case and re-question everyone.  And if you have any information, and you want to remain anonymous, please leave it here.  Your identity will be kept hidden.