Update 3:
Marcie’s daughter in law just reported that she got to see Marcie, as she just came out of surgery. Marcie was smiling , doesn’t remember much yet. Surgery was done on chest, legs, fibula, an ankle.
Update 2: Witnesses
Witnesses had reported that the accident was a hit and run.
Statement: “There was what looked like an older Lincoln or Crown Victoria dark in color, that looks like a cop car. The vehicle swerved into her lane, hit her head on, and immediately fled the scene. There was a ambulance headed to another emergency and stopped there instead within seconds of the accident. 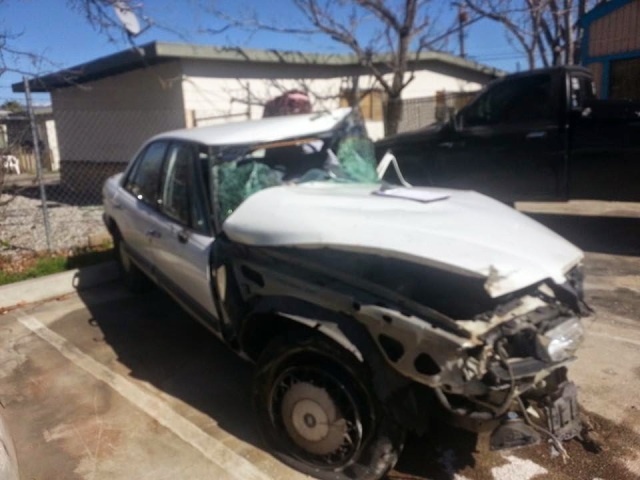 Update:
A women on Facebook recognized Marcie as a person she seen that had been involved in an auto accident on State and Dillon in San Jacinto, around 8:00pm on Saturday, January 31st. Search of local hospitals, had no results, at first, but then she was found in the Trauma Center.
On Saturday January 31, 2015 at 7:53p.m., two fire engines and 7 fire firefighters were, dispatched to single vehicle accident on Dillon Avenue at South State Street. Marcie Church was trapped in her car and had to be cut out by fire fighters. According to fire fighters she suffered serious injuries and was taken to the local hospital.
Valley News
Sunday, February 1st, 2015
Issue 05, Volume 19.
Original:
Marcie Church , has not been reachable or in contact for a few days. She was last seen Saturday January 31, 2015. Her Family has been, to every spot that they thought, she might have gone. This is not like her. Her cellphone rings but no answer!