Breaking News
Home » Missing » Do you know who Emily is?

Do you know who Emily is?

With one name and one photo, Sander Kult traveled from Holland to New York to find a young homeless woman named Emily that had become the star of his graduate film project, “In Emily’s Case,” in 1998.

Sander’s said that after meeting Emily and making a short film with her in the leading role, she asked him afterwards if she could go with him back to Holland.  Instead of telling Emily no, Sander’s left without saying goodbye.

Then a Dutch television program called “Memories” became aware of Sander’s quest and followed him back to New York as he searched for Emily again, with a photo of a homeless woman that looked very much like Emily.  They were not able to locate her.

This morning I received a request from a reader in Denmark, Richard Schippers, asking if we could let everyone know about Sander’s search for Emily and help renew the search for her.

“Hope you don’t mind me bringing a missing homeless person case to your attention, that has a connection with the Netherlands. A popular show in the Netherlands, “memories” has helped try to find a girl known by the name of Emily. Unfortunately the search hasn’t been successful up till now. This case intrigues me all the time. Maybe you see a chance to renew the attention for it in the US? Here’s a link to a page with information and some videos, partially in English. Thanks very much for your attention and your time! And….sorry for any mistakes in my English. Kind greetings, Richard.”

Because some of the best armchair detectives I have ever known come here, I knew that there was a good possibility that we could drum up some leads.

All we know is that Emily would be about 34-years-old and could be anywhere, but more than likely she is still in New York.  She could be working, married or maybe still on the streets. 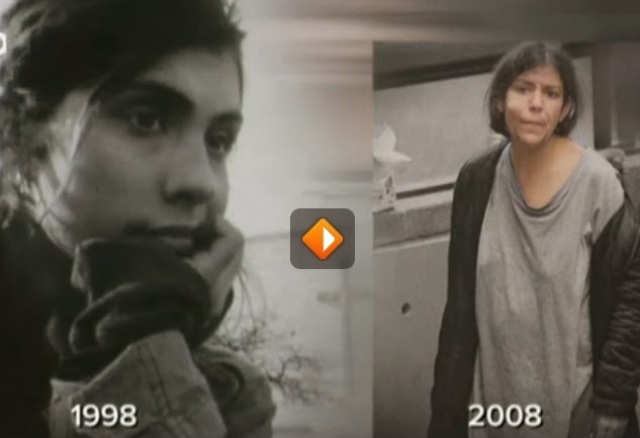 There is a photo of a homeless woman taken back in 2008 that was shown on the Dutch TV show that looks strikingly like Emily (see above).  Also, on the show you can hear Emily talking and I cannot place her accent, but during the TV show, Sander’s says she has a French Canadian accent.

If you think you might have some information, please leave a tip here.

You can watch “Memories” by clicking here, but know that the narrative is not in English.