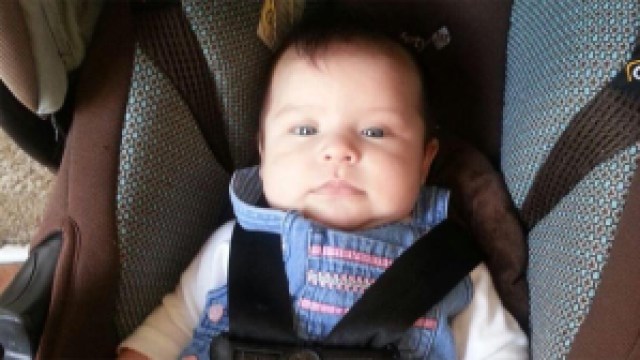 UPDATE 8/27/15 – Fairbanks was arrested and charged with one count of murder and one count of neglect of a dependent resulting in death of his daughter.  Janna is still missing.

UPDATE 6/12/15 – Jeff Fairbanks, the father of missing 3-month-old Janna Rivera told WTHR news that he found his daughter dead and he panicked and changed her diaper and then put her body in a dumpster, and he was trying to hide the baby’s death from her mother and siblings.

Surprisingly, someone with the name Jeff Fairbanks is also posting on WTHR’s story about Jana in the comments section.

“”What I did was horrible, afterwards, but, I did not hurt my baby,” posted a Jeff Fairbanks.

Many people are responding to him, some harshly and some sympathetically, but mostly they are telling him to turn himself in.

“They have my phone, they know where I went, they have cameras, they have the forensic evidence from my entire house, to prove that there was no foul play,” posted Jeff Fairbanks in response.

One person posted, “I hope you don’t really believe that is the real father?? It is some troll or one of his family members on his account trying to make him look innocent.”

Currently, the police are checking the DNA on a blanket that was found in a landfill that had blood on it.

Original story:  Janna Rivera, 3-months-old was reported missing from the 4151 Candy Apple Blvd. in Indianapolis around 11 a.m. on Friday.

The first reports coming out say that the baby was being taken care of by the mother’s boyfriend who lives in the home and the mother was at work when the baby went missing.

Law enforcement has searched four-square-miles looking for her, including three ponds but only got one hit from a K-9 that led no where.

The police, after getting a search warrant are now searching the home where Janna was last seen.   They also stated that a language barrier is making it difficult to get information from the mother.

Adams said the mother later called back and recanted and instead said her boyfriend took the child last night and she doesn’t know where they are.

Neighbors told police the family had just moved in to the home about a week ago.

A man who lives next door told RTV6 he saw two women and a man crying outside the home Thursday night.

“They were crying. They were very upset,” he said. “One lady was going out with what appeared to be a paper bag. The other lady ran into the house. She was crying. It’s just very disturbing knowing it had something to do with a 3-month-old baby.”

“This is a very troubling situation in that we cannot locate a three-month-old and a three-months-old, the longer we wait, the more challenging it becomes in terms of hydration. The temperatures are fluctuating, just since we’ve been here, so we’re wanting to locate that child,” said IMPD Chris Wilburn.

Fox59 spoke to the owner of the home and she said the mother called her to say the baby was deceased and her boyfriend had taken her.