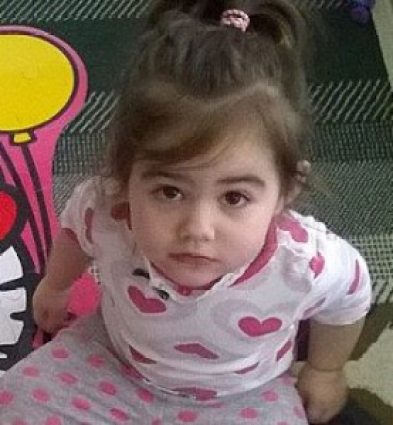 UPDATE 2/10/17 – Rachelle Bond plead guilty today in Suffolk Superior Court for helping to dispose of the body of her daughter, Bella Bond.  It was back in June 2015, that the body of a little girl was found on Deer Island in a plastic bag.  In July a composite of her likeness released of a little girl they was called Deer Island Baby Doe, got national attention as people tried to identify who the little girl was.  A tip lead the police to her mother, Rachelle Bond in Sept. 2015.

The plea agreement Rachelle made with prosecutors today will lead to her release from jail.  Bond is expected to be sentenced after McCarthy’s trial. In exchange for her pleading guilty and testifying against McCarthy, prosecutors plan to recommend a sentence as time already served and two years of probation, reports MassLive.  Rachelle’s boyfriend, Michael McCarthy is awaiting trial on murder charges.

UPDATE 9/22/15 – On Monday, the judge ordered Rachelle Bond to be held on $1 million bond and the boyfriend, Michael McCarthy to be held on no bond.
We now know that Rachelle who had been off drugs for several days told a friend of McCarthy that she would never see her baby again because her boyfriend had killed her.  The friend told her sister who then called and told the police the story.  That tip lead to the discovery of who Boston’s Baby Doe was.

During the procedures, the godmother of Bella yelled out in the courtroom “I hope you rot in hell.” She was escorted out.

Even Joe Amoroso, the father of Bella who never even met his daughter had something to say, “Mike McCarthy, you’re done!  You won’t last a day.”  Assumingly, referring to the possibility of him being murdered in jail.

Just as disturbing is that the treatment of Bella had been going on for a while and a roommate moved out because of it. According to the roommate they locked her inside a closet at least twice a day for 30 minutes to an hour while she screamed.   I am sure the roommate feels guilty for not reporting it, and in my opinion should serve jail time for not reporting it.

Bond told police that in May, Bella would not go to bed and McCarthy took her into the bedroom and when she entered later Bond was standing over her with his hand near her stomach.  Her head was swollen and gray and when she picked her up she knew she was dead.

McCarthy’s response was, “She was a demon anyway. It was her time to die.”

Books on demonology was found in the apartment when it was searched.

Rachelle is claiming that McCarthy said he would kill her if she told anyone, and I doubt many believe this claim.  According to Rachelle, McCarthy put Bella’s body inside a plastic trash bag and put it inside the refrigerator.  Then later put her and the trash bag inside a duffel bag and put it in the trunk of the car.  McCarthy drove to the Boston Seaport and put weights in the bag and threw it into the water.

Rachelle Bond, the mother and Michael McCarthy, the mother’s boyfriend (not Bella’s father) have been arrested, after a search warrant was executed in a Mattapan neighborhood.

A tip led the police to the mother.

Officials from the state’s child protection agency said they had contact with Bella twice, for four months in 2012 and three months in 2013 for  “support for neglect,” and the cases were later closed.
Between 2001 and 2006, the Department of Children and Families terminated parental rights for two of her mother’s older children. One of the children was later adopted by her maternal grandmother; the other was adopted by someone outside the family, DCF officials said.
Joseph  Amoroso (See photo above) told the Boston Herald that he and Bond connected in a tent at Occupy Boston and broke up after he discovered she had been arrested for prostitution.  Court records show Rachelle Bond had a history of drug and prostitution arrests.
Rachelle Bond told police that McCarthy punched Bella and killed her.  Amoroso believes Bond.
Regardless, for Bond to not rush to the police to tell them what McCarthy did, meant she cared more about the man than the child, or she was involved in her death.

UPDATE 9/9/15 – Preliminary results from isotope analysis — which compares oxygen isotopes from hair and teeth with levels in drinking water — show that she may have spent time in any of several New England states, as well as other areas in the U.S.

UPDATE:  8/13/15 – A break in the Baby Doe case out of Boston is that Baby Doe was a Bostonian.  Police said that pollen found on her pants and on her blanket shows she lived there.  Police believe with further analysis they maybe able to determine which neighborhood she lived in.

UPDATE 8/1/15 –  Aliya Lunsford, as well as Ayla Reynolds, and Caleigh Harrison has been ruled out as Baby Doe.

UPDATE 7/6/15 –  The little girl is not Maggie-Sophia Brown as posted by her mom:

“I finally got a number from her father’s brother it was a Mexico number we talked to Maggie and he father’s mother thank God she is not that lil girl found but prayers for that beautiful little girl that someone finds out who she is soon my next steps will be going to Mexico to get my child.”

UPDATE 7/4/15 – The police are stating they are receiving lots of tips on this case and they received 20 million views which “shattered by far any response we’ve ever had to anything of Facebook,” said State Police spokesman David Procopio.

Bella’s father has been in Florida and returned to Massachusetts in August.
“I can tell you this one thing: I never met her in person,” he said. “I was about to and I was so close. I was trying to get back here to actually get custody of her and raise her, and showed up a couple months too late. 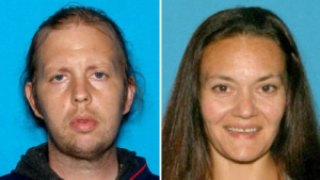 The child’s body didn’t show any apparent signs of trauma and it’s not clear whether or not she was murdered.

UPDATE:  6/29/15 – No new news on the identity of the little girl.  The police are meeting with a sketch artist to render a drawing.  Her ages has been narrowed down to 4-years-old.

ORIGINAL STORY:  Remains of a little girl have been found by a woman walking her dog on Deer Island on Thursday.  The dog found the remains and the woman went to where the dog was to see what he had found.

The remains were found in a plastic trash bag and when police arrived they found the remains were of a toddler girl with brown eyes and hair and was about 3 ½ feet tall and 30 pounds wearing pajamas.

Information that has come out has put the child’s age between 3-4 years old.

Deer Island is part of the Boston Harbor Islands National Recreation Area and lies on a peninsula that connects to the town of Winthrop. State police have searched the shoreline and water for any more evidence pertaining to the discovery, reports the Boston Globe.

The biggest mystery for the police is trying to figure out how the body got on the shoreline and the Coast Guard talked with investigators about reverse drifts, where they try to determine the place of origin where the body might have dropped into the water. Regardless of their work nothing was conclusive, reports My Fox Boston news.

In July 1995, the body of 3-year-old Perla Valencia, her shod feet protruding from the mouth of a plastic garbage bag, was discovered at the bottom of a hill in a remote area near San Gabriel Canyon Road. Elvira Moreno Valencia, the 33-year-old West Covina woman who was her legal guardian, told authorities that she had gotten carried away while disciplining the girl. – LA Times

There has been no reports of a missing child in the area and authorities are reaching out for help from the National Center for Missing and Exploited Children.