UPDATE:  Connie Ditto has been found safe.  The police were able to find her by her license plate. She has filed for a protective order as she claims she was a victim of spousal abuse.

Original story:  A missing woman from Henrico County, VA., has become the talk of social media after her story begins to unfold surrounding her disappearance.

Connie Ditto went to check into the Patient First located in Short Pump because she was having head pains around 8 p.m. on Friday.

Mark Ditto, Connie’s husband explained that she had fallen and hit her head a few days ago.  He also said she told him she was going to walk to the place, and she was complaining about feeling dizzy.  Mark said he wanted to come get her, but she said no and hung up on him.

Connie was at her salon, Organic Hair Studio at the Phenix Salon Suites at W. Broad Village in Three Chopt and the Patient First was five minutes away.

A video shows she arrived and signed in and then a few minutes later got up and left.

Then she texted him the following message at 9:08 p.m, according to WTRV.:

“I am going to get X-ray.  I think they going to do surgery.  They transport me to the hospital.  I lost my vision in my right eye….I have to go.”

Mark tried to call her but her phone was off.  He got into the car and drove to Patient First and Connie’s car was not there.  He checked the hospital in the area, but there was no record of her checking in. 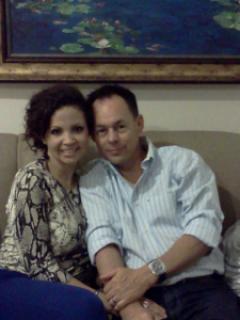 Connie had vanished and Mark called the police to file a missing person report, and on Friday, the police state Connie was found after her car was found in a parking lot of an Extended Stay America in Innsbrook unharmed, reports WTVR by a license plate reader a police officer was using, and she was actually hiding because Mark had assaulted her.

Mark has since been taken into custody by the Henrico Police and charged with assault, according to WTVR.

According to Mark, their two daughters are backing his story.

CBS 6 reporter Melissa Hipolit talked to Mark Ditto over the phone at the Henrico County jail.
He didn’t want to go on camera yet, but he said the allegations are totally false, and her own daughters made statements to that effect.  Mark said the assault allegations stem from an incident last Thursday night, when he said his wife was drunk, and he and her daughters tried to take her car keys away from her so she wouldn’t leave the house.

Ditto also said the following: “I’m totally floored. We as a family are very happy Connie was found unharmed. I’m very sad and sorry for her apparent health problems. I’m very disappointed by what she’s put her family through and all the people across the country who supported her search.” 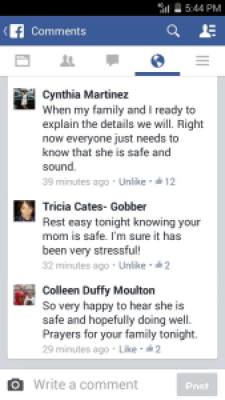 No one on the Find Connie’s page is talking anymore  The daughter stated “When my family and I ready to explain the detail we will….”  What that really means they will never explain.

You would think that the police would not have arrested Mark is it was a “he said, she said” kind of case, but I don’t know about this one.  Usually, the police will look for injury’s or bruises to help them determine who the aggressor was.   Many times, I have seen the woman call and said she was battered and the only one beat up was the husband, and after listening to both stories, take the wife to jail.   Connie could have had bruises or a knot on her head as a result of the dispute over the car keys, and that was enough for the police to arrest Mark and let the Judge sort it out.

Domestic abuse situations usually show a record of the police going to the home multiple times and I don’t know yet if this information will come out or not.

Although Connie is being called an alcoholic, I see nothing about her being arrested for driving under the influence and she has to have some sense to her to be able to run a successful business.

Once Mark goes to court, that is if he does and the charges are not dropped, we may understand more of what happened, and whether abuse did happen.