UPDATE 2/24/2021 – Ricky Dale Howard has been charged with a federal sex crime connected to the missing teen, according to court documents.

Around Oct. 25, 2017, DA’s investigators obtained a Gateway desktop computer belonging to Howard, according to Time Record News. The North Texas Regional Computer Forensics Laboratory in Dallas found about 300 images of child pornography on the computer. The lab also found a number of images of the 18-year-old as a minor on the computer.

UPDATE:  Since Caleb’s disappearance two men have come forward accusing Howard of sexual assault while they were teenagers working for Howard on hunting and camping trips. Howard was arrested for the assaults and gun possession charges. In June of 2016 he plead guilty to the gun charges and took a plea bargain for 5 years in prison.

Original story:  Caleb Diehl, 18,  from Texas was last seen on March 30, 2015, when he was in Narcoma borrowing a pickup truck belonging to his part-time boss, Ricky Dale Howard, 53.

According to Tami, Caleb’s mom, “he was using it for a day or two while his was in the shop and he was planning to go back to Grapevine with Courtney that Monday night to go back to school on Tuesday. The only person he “supposedly” told he was taking it to go on a job was Ricky Howard. He told not a single family member or friend that he was ‘going to a job’. Then an hour and a half after we reported Caleb missing on Wednesday and I told Ricky they would be contacting him for the license number the truck shows up minus Caleb!!!”

Howard was arrested on  unrelated charges on May 18 on a warrant for unlawful possession of a firearm and social media feels he may be a connection to Caleb’s disappearance, then on June 2014 on Bring Caleb Diehl Home’s Facebook page it states, “Was arrested again for the gun charges. I don’t understand how it all works but they can arrest and try him separately for each one. Expecting he’ll be out on bail again tomorrow but maybe he’ll just get tired of being arrested and just tell us where Caleb is and take his punishment. I realize it’s probably an unrealistic hope but I can’t help it.–Tami Diehl” 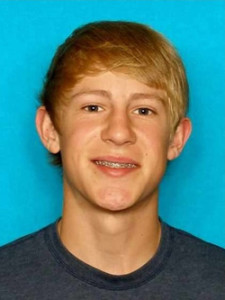 Diehl lives in Grapeville and he borrowed Howard’s truck on that Monday afternoon and that’s the last he was heard from. The truck, however, turned back up on Wednesday, but Diehl did not. Authorities do not know how the truck got back to its owner.  Authorities searched the truck for forensic evidence but found nothing.

Diehl’s cell phone has not been used since March 30.
Read more from The Charley Project.
Anyone with information on his location, please call the Nocona Police Department at (940) 825-3281 or 911. A reward is being offered.
Facebook page
MissingPersonsOfAmerica