Breaking News
Home » Archived Missing » Benjaman Kyle, the man with no name finally knows who he is, but has he always?

Benjaman Kyle, the man with no name finally knows who he is, but has he always?

A story came out today that Benjaman Kyle aka BK, which was the name he gave to himself after he was found behind a Burger King dumpster in Georgia and could not remember who he was, now knows who he is.  The spelling of his name is interesting – Benj – a – man

According to Benjaman he is from Indiana and left there in 1976.  His family never saw him again and they thought he was dead.

“Initially I was stopped, I couldn’t function, said Benjaman talking with News 4 Jax reporter, “I couldn’t even talk about it.”

A genealogist CeCe Moore helped BK figure out who he was but also criticized the police for not figuring it out before.

“In fact, It really amazes me that law enforcement didn’t solve this sooner,” said Moore.

BK say he hasn’t reunited with his family yet, and he won’t let his real name out yet, because he wants to protect his family’s privacy. (Later in 2016 he stated his name was William Burgess Powell.)  He hasn’t told anyone else what his real name is and he hasn’t seen his surviving brothers in person yet, and has no plans to move from Jacksonville, Fla. where he lives now as he has made friends, including a man who gave him a place to live and a job. (Powell now lives in Indiana.)

“Evidently, I left Indiana in ’76  and they have not seen me since then,” BK said. “Of course we haven’t been in communication. They thought I was dead.”

That’s all and good, but, I was left with a lot of questions.  So many times I have written stories about missing loved ones reuniting and once they find each other they can’t wait to get back together again, but BK doesn’t seem to be in a rush.  It could be that his amnesia makes them all strangers to him and there is no emotional hurry to reunite or is it possible he already knows who his family is and has all along and they had a falling out back in 1976 and he knows they don’t want to see him.

Back in Feb, 2015, a forensic genealogist Colleen Fitzpatrick also tried to find BK’s identity  She theorized he may have come from the mountains of western Carolina’s and his family did see and recognize him on TV but decided to not come forward or that he may have become homeless after Hurricane Charley in 2004, and he was connected to Florida, not Georgia where he was found.  But, Fitzpatrick said that BK cut off communication with her.  She theorized that maybe he had been a dishwasher and went from restaurants to restaurants doing odd jobs, before he was found behind the dumpster.  Fitzpatrick told 11 Live news that she believes BK really doesn’t want to know the answers, and that is why he stopped talking with her.

“If Benjaman was originally homeless, and he was a drifter and getting jobs; once the mystery’s solved he would probably go back on the street again, he’d be homeless again, and the story would go away,” said Fitzpatrick.

Then there’s this statement from Tricia Griffith the owner of Websleuths.com a popular forum for those looking for answers to missing people and crimes.   Griffith states back in September 2009 that, “there was absolutely no physical evidence to support him (BK) being beaten.  NONE.  It appears he passed out along side a dumpster.”  Talk about kicking someone when they are down. 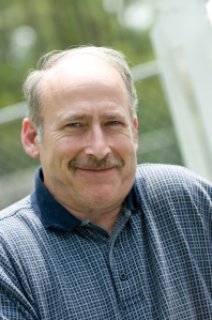 She also states she spoke with Richmond Hill Police Dept. who told her that there were NO injuries to Benjaman other than he was naked and he had scabies.  Along with the fact Benjaman won’t release his medical records to her, she has decided that the story would no longer be pursued on the board and apologized to her members.

Does this explain what Moore said about her not understanding why the police could not find his family?  Did the police know he was homeless and just passed pursuing anything more on BK, as he was in the hands of doctor’s and the media?

However, Harold Copus, who appeared on the Dr. Phil show said he spoke to the EMT’s and they thought Kyle was dead.  He said that the final medical report that he saw, “gave me a lot of confidence that he was telling the truth.”

Dr. Jason A Kink, an Atlanta psychologist evaluated BK and forwarded the findings to Fitzpatrick, and according to King’s report BK had separate periods of catatonic psychosis and was diagnosed with schizophrenia and was treated with anti psychotic medication in 2004 and 2005.  His final conclusion was that BK has “dis-associative amnesia.”  In other words his lack of memory prior to 2004 is real.

Maybe this explains BK’s reluctance to release his medical reports to Griffith.  Regardless, if you were in BK’s shoes would you release your personal medical records to Griffith and subsequently her entire forum to be picked apart, bit by bit?  Frankly, what gives her the right to ask for them?  If BK felt he didn’t want to give them access to his personal information, I believe he had every right.  And her decision to not pursue his case on the board any longer was actually the right way to go, as he shouldn’t have to answer to a forum of strangers, especially to a group who had already made up their minds he was a liar.

Whether BK does know who his family was all along or not, hasn’t mattered since about 2010 when a good Samaritan stepped in and gave BK a job and a room to sleep in.  Two things he couldn’t get before then because he had no social security number.  BK’s story has pretty much gone quiet over the years as he settled in to his new life very well.  He seems to be doing better now than ever, and the news of finding out who he is, may never be shared with the public.

But, there is one more thing, if BK’s family thought he was dead, why did they never call the police or at least file a missing person report?  Maybe because they thought he was where he wanted to be and if he ever wanted to make contact one day, he would.  At this point, we don’t know if that day has come or not.  It’s up to BK.

NOTE:  After this was posted on Examiner (the now defunct website that no longer exists) Benjaman read my story and gave me a thumbs up.  I so appreciate that, and feel it is an acknowledgement that he agrees.  Well wishes coming your way, Benjaman.

Is this Jane Doe a match for Sandy Rea?