December 2017 – Gibbs was found guilty in the murder of Zulma. Zulma nor her body have yet to be found.

UPDATE 2/25/2016 – Dr. John Gibbs who has been taking care of Zulma and his child since she disappeared was arrested for child neglect.  Gibbs is accused of leaving the 5-year-old unattended.  Gibb left his 15-year-old autistic child with the 5-year-old and he was found alone near the apartment complex pool.  The 5-year-old is currently living with family members in North Carolina.

Original story:  Although she went missing on June 6, 2014, this is the first I have heard of missing Zulma Pabon from Chesterfield, Virginia.

Zulma left her job at the St. Francis Medical Center that Friday evening in her 2009 white Nissan Altima.  The car was found on June 16 on Drumvale Drive at a Mobile Home Park. No one has heard from her since.

Police state that on June 6, John Gibbs, the father of Zulma’s young son, was seen walking back to the home that they shared about 14 minutes after the car was seen leaving.  The car was driven not too far away as security video shows what they believe is Zulma’s car being pulled by a pickup truck.  24-hours later it was located at the Mobile home park. 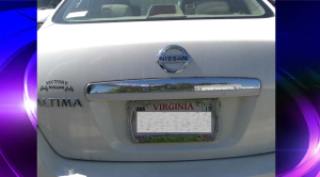 If you have any information about this case, please contact the Chesterfield County authorities at 804-748-0660 or leave a tip here.

“Zulma was last seen leaving work at St. Francis Medical Center in Chesterfield, Virginia at 6:13 p.m. on June 6, 2014. She sent a text message to a friend at 9:30 p.m., canceling plans they’d had to meet up. She has never been heard from again. At 6:25 the next morning, Pabon’s white four-door 2009 Nissan Altima with the Virginia license plate number JZN-1429 was seen driving away from her townhouse in the 5300 block of Terrace Arbor Circle. Fourteen minutes later, surveillance video showed John Gibbs II, her live-in boyfriend and the father of her four-year-old son, walking up to their home alone. About twelve hours after that, a white late model truck and trailer picked up Zulma’s car and hauled it away from where it had been parked near her home. Investigators don’t know who was driving the truck and would like to identify that person.

Authorities stated Gibbs has not cooperative in the investigation in Zulma’s disappearance. Although there was no reported history of domestic violence between them, Zulma voiced the fact that she felt unsafe in their home that they shared and she was going to leave Gibbs in July and move into her own apartment with their son. Gibbs has not been named as a suspect in Pabon’s case, however, and neither has anyone else. He has since moved out of the home he’d shared with Zulma, but he is still working at the Sheltering Arms in St. Francis Hospital.

It’s extremely uncharacteristic of Zulma to leave without warning, especially leaving her son behind. She’s as a devoted mother who would never have abandoned her son. Foul play is suspected although the case remains unsolved.”