Breaking News
Home » Missing » Is there foul play connected to the disappearance of Rikki McGilvray?

Is there foul play connected to the disappearance of Rikki McGilvray?

Rikki McGilvray, 28, a special ed teacher has been missing since Sept. 20, 2015 from Midland, Texas.

Where Rikki was last seen has been kept private.  Rikki’s mother said to News West 9 they are keeping the information private to protect her although the authorities know everything.

Then on social media there is speculation as to whether she is really missing.  A post stated she ran off with someone that she did not know, but that post was quickly deleted.  Most on social media are assuming the post was a hoax and not true. 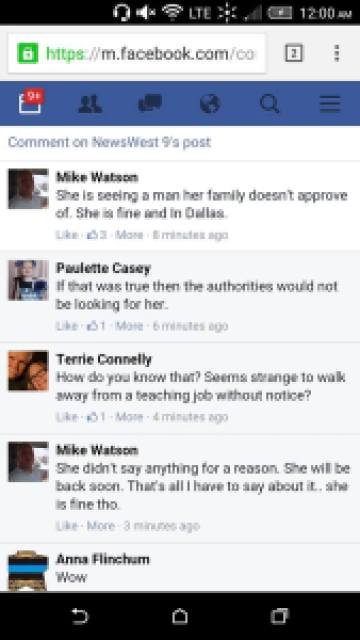 Why someone would post that then delete it could point to actions that a troll would do.  And for a 28-year-old woman to not just tell her family she is okay and wants to be left alone is strange.  The Midland County Sheriff Garey Painter stated today that there is no foul play suspected and Rikki was seen leaving a Midland building and getting into the car that a man was driving.  The case has been reclassified as an attempt to locate.  Evidently, the sheriff has received information that has caused him to state that.

How to Win in Court