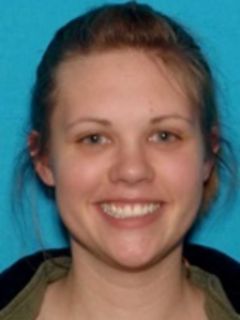 UPDATE:  12/1/15 – Douglas County Attorney Chad Larson said that Nickolas McArdell, 21, from Starbuck, Minn.  will not be prosecuted for causing Schwendemann’s death.  The medical examiner was not able to determine Schwendemann’s cause of death or the date and time she was injured. She had not sustained any traumatic or abusive injuries prior to her death and she did not suffer from any life-threatening natural diseases, but toxicology reports showed a “significant presence of methamphetamine and THC in her system,” the ME said. McArdell told police that he had Schwendemann where driving around and she had overdosed on methamphetamine. He stated he panicked and left her body in a cornfield.

UPDATE 10/27/15 – The family has confirmed that a body found by a farmer in Orange Township  in a field he was harvesting Monday afternoon belongs to Laura.

The Holiday gas station on 50th Avenue in Alexandria, Minn. is the last place investigators can “independently confirm” where Laura was because of a surveillance video.  The video shows her leaving the gas station around 9:30 p.m. with a man she already knew, in a black Geo Prism with loud exhaust.

Police also stated:   “He is a focus of this investigation. As the last known person to be with Laura, he continues to be a person that we are interested in and are investigating.”

Original Story:  Authorities are asking for help to find a Minnesota woman they believe has been abducted.  Laura Schwendemann, 18, a freshman at the University of Minnesota-Morris went missing from Kensington on Oct. 14.  Schwendemann was last seen at a Holiday gas station on 5th Avenue in Alexandria at 9:29 p.m. The investigation leads police to believe that she did not leave on her own free will.

They are also stating that a 1997 Geo Prism with a loud exhaust may be related to the case and her disappearance.

The sheriff’s offices are also asking the public for help in identifying a “blue colored residence with a statue approximately three feet tall near the end of the driveway. The statue (police stated on 10/25/15 that the status is of a boy) is described as having blue clothing and a red hat. This location is only being sought as a general area the missing person may have been observed.”

Hunters, farmers and property owners are asked to keep an eye out for any signs of someone on their property.

If you have any information please contact the Douglas County Sheriff’s Office at 320-762-8151.
MissingPersonsOfAmerica