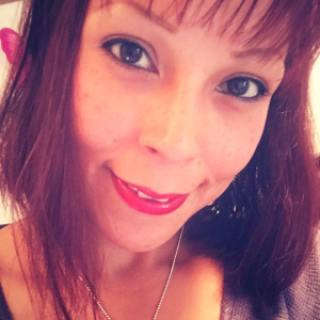 UPDATE 12/13/15 – Police say Marchello Cimmarusti of Bemidji turned himself in and led the police to Downwind’s body.  He said they were arguing and it got out of control and it ws an accident.  He’s now charged with second-degree murder.

UPDATE:  12/11/15 –  A body found in a shallow grave northwest of Bemidji may be Rose Downwind, state authorities.  Personnel with the state Bureau of Criminal Apprehension (BCA) and others removed the burned remains from the “clandestine grave” in a remote wooded area northwest of Bemidji, police said. An autopsy will positively confirm the indentity.  Foul play is suspected in her death.

UPDATE:  11/6/15 – Police suspect foul play and have named Marchello Cimmarusti and Christopher Davis as “persons of interest.”Police already want to know the exact location of where anyone may have recently spotted the trio or their truck at the time of Downwind’s disappearance.  The truck was a pewter colored, 2001 GMC Yukon, Minnesota plates 325-MGP.

UPDATE:  11/2/15 – Rose is still missing.  Rose’s mother stated that Dog Chapman will not be coming to search, but will be sending some other PI’s in his place.  This came out today.  All I can say is, “Dog, what the heck, what is taking so long?  If you can’t come then get those other people over to Bemidji, ASAP!”

Rose dropped her children off at school and was last seen at a Target store on October 19, 2015. Rose used to live on the Red Lake Nation in Redby but recently moved to Bemidji.

Her grandfather stated on Oct. 29, that he will be receiving help from Duane Lee “Dog” Chapman, aka as Dog the Bounty Hunter to help search for his granddaughter.

Banks also stated that Rose is wanted on an arrest warrant for a misdemeanor charge of Disorderly conduct, but they don’t believe she is hiding and in fact believe that she may be endangered.

“It was always she was in jail, then he (the biological father of Rose’s four children) was in jail. The last time he physically picked her up and threw her against an iron fence. I might have been thinking there has been foul play, but, at this point there’s nothing for me to go on that there is really foul play,” said Banks.

Georgia Downwind, Rose’s mother told KVLY exclusively that she received a text from Rose on Wednesday, after her ex-boyfriend reported seeing Rose. Rose texted that she was in Minneapolis, but  hasn’t heard from her since.

“Did she really send that text and why is her phone off? I’m praying for the best,” said Georgia.

Darla Bank, Rose’s biological mother told Native News Online she hears from Rose almost daily.  She said she was going to St. Paul, but no one in St. Paul has seen her.

“It’s not like her to not call me, we are very close. We talk all the time. Now, I am very worried about her,” Darla said. Currently, Darla is in Virginia, where she is traveling with Rose’s dad, Dennis Banks.  Click here to read a story about Dennis Banks and another missing person back in 1973.

Roses ex-boyfriend said that Rose might have gotten into a blue vehicle on Stoner Avenue; however the make and model are unknown. She was last seen wearing a blue sweater and black pants, police said.  Rumors are that Roses had gotten in physical fights with her ex-boyfriend.

D Fortune 1 day ago
I read a post (in a Native Friending group) from a young Native woman who was approached by an older woman in a Target store (near the area where Mrs. Downwind went missing!) & told that Native women & children were actively being abducted from the stores/parking lots….
Then I see this. Very creepy, & quite sad. Our people vanish & no one investigates.

We have not heard any confirmation about the above at this time.  At this time it is unclear if Rose was last seen at the Target or last seen on Stoner Avenue.

If you have any information on the location of Rose, please contact the Bemidji Police at 218-333-9111.