Breaking News
Home » Editorials » Is this woman a kidnapper or in need of mental health treatment?

Is this woman a kidnapper or in need of mental health treatment? 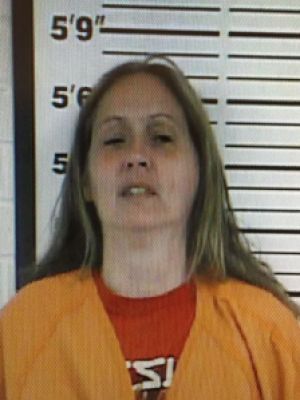 Cynthia Lou Wofford, 53, of Perryville, Missouri was arrested for trying to kidnap three girls walking home on the 900 block of northbound Rozier Street on Sunday, Oct. 11.  Wofford cut across traffic and drove through grass and up on the sidewalk to talk with three girls that were walking home from McDonald’s.

According to KSDK, Wofford told the girls she was a preacher from Tennessee and her mother had died years ago and they looked just like three other girls who died 12 years ago, and they had “died on this same day, at this time, right where we are standing.”   Then she asked them for help to find a girl who went missing in Fredericktown, Missouri.  Checking records she was referring to Gina Dawn Brooks who went missing in 1989 when she was 14.

Luckily a man who knew the girls saw what was going on and walked over to them to check on them.  Wofford jumped into her blue Dodge Ram truck and drove off and pulled into a parking lot.  The man told the girls to go straight home and used his phone to call their father.  As he was doing that, he saw the vehicle following them.  The girls made it to the house and told their father the truck was outside.

When “dad” got outside, the truck was still there and he asked her what she was doing and she said she was lost.  Then he asked her about what he was saying to the girls and the woman began to drive away, but the dad jumped up on the riding boards of the truck until she picked up speed and he jumped off.

According to KFVS, a police officer appeared at that time and stopped the truck.   He said when he asked her why she was talking to the girls and what she had said to them, she replied “Gina Dawn Brooks.”  When asked to elaborate, she allegedly said, “I educate children about Gina Dawn Brooks, are you familiar with her?”

Disturbingly, the police officer found a yellow razor blade in the truck of the floor and two plastic tarps.  In the truck bed was two shovels and other tools.  In the probable cause statement  there were pieces of duct tape on the truck’s tailgate.  A piece of purple duct tape applied over a piece of pink duct tape. The purple tape said “Royal” and the pink tape below it said “Girls.” On the driver side of the truck bed, there was allegedly writing that said “Happy Day Cindy Cindy.”

Also, Wofford made a comment to a mother and her child at an open house event in Ste. Genevieve.  She stated,  “If it was legal, I would wrap her in cellophane and take her with me.”   And on October 15, a woman reported to police that Wofford allegedly attempted to kidnap her children at a downtown church. A woman reported to police that Wofford made contact with her children at the Remnant church in downtown Ste. Genevieve in an alleged attempt to kidnap the children, according to St. Genevieve Herald.   According to the police report, Wofford told one of the woman’s older children that she was a friend of the preacher’s wife and asked her to go into the church and get her, which would have left two younger children unattended with Wofford.  Wofford reportedly asked the older child twice to go into the church, and she had training on correcting children. When the child refused, Wofford “was mad” and went into the church, but she returned a few minutes later, but at that time the mother was there.  Wofford said to the mother, she had corrected one of the woman’s children, but that she “did it in love.”

Because of these news incidences and Wofford’s mention of Gina Brooks, the police are going to go back over the Brooks’ case.

“I’ve also contacted Chief Hovis with the Fredericktown Police Department to make him aware of it,” Chief Bennett said. “They’re going to look back through and see if there’s any ties whatsoever to this investigation. So it’s obviously something we take very serious and we want to make sure that if there’s a stone left unturned, we want to look under and see what’s going on and see if we cant get some resolution to that case. That would be phenomenal.”

Her family says that she was off her medication and needs mental health treatment and has gotten it before.

“Anytime she sees a teenage girl on the street by themselves she yells at them to be safe, and she follows them round to make sure nobody is messing with the.  It freaks people out, but that’s the way she handles it,” said Sharon Jones, Wofford’s sister to St. Louis Today.  “She doesn’t belong in jail, she belongs in a mental institute.