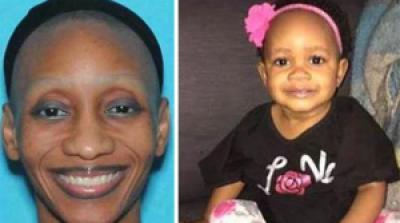 Original story:  An Amber Alert has been activated Sunday evening for Twinkle Miles.

Original story:  Child Protective Services says that Twinkle Twinkle Twilight Miles has gone missing after her mother took her during a visit.

Twinkle was placed in foster care and under the custody of CPS in June, said Marleigh Meisner, Texas Department of Family and Protective Services spokeswoman. CPS stated that her mother, Vicki Lynn Dixon Miles took her during a visit in Fort Worth, and they believe Twinkle is in danger.

Twinkle has a blue birthmark on her left forearm and her head might be shaven.