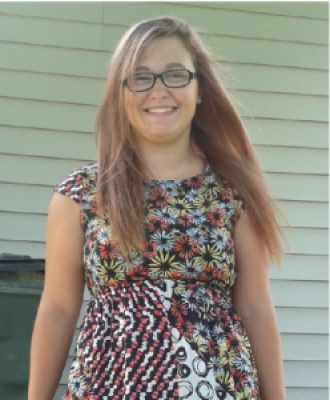 UPDATE:  12/2/15 – Alexis has been found west of St. Louis.  Authorities found her inside a Warrent County Missouri home Marhasville of a 40-year-old man Chris Schroeder.  He has been arrested and a search warrant has been executed.  According to the FBI Lexi met Schroeder on Kik.  She told him she was unhappy at home.  The Dr. Phil show that aired on Jan. 7, stated that Lexi said she did not have a good relationship with her dad.  Her dad, Russell responded by saying he would do a better job.  Private Investigator Rob Slattery was instrumental in tracking down Alexis via an IP address that went back to Schroeder’s house.  He turned the information over to the police.

Original story:  Alexis Boroviak, 15, from Brooklyn, Ohio has been missing for a week last Sunday.  She was last seen around 7:15 when she went outside to tie up the family dog.  She never returned.

The Ohio Attorney General has labeled Alexis an “endangered” missing child, noting that Brooklyn police are concerned for her safety.

Her mother said she was going through some mental issues, but that everything was fine the day she went missing.

On Thursday, Michelle Knight and the family of Gina DeJesus who were found in 2013 after being held hostage by Ariel Castro attended the rally for Alexis in a lot off of Memphis Avenue in Parma. So did Lexi’s mom Linda Chalfant and stepfather Britton Ramsey Rally organizers used flashlights instead of candles to signify that their search for Alexis is ongoing.

Alexis was wearing lavender pajama bottoms, a black hooded sweatshirt, gray Nike sneakers and her glasses when she went missing.  Police said she may walk with a limp due to a past knee injury.