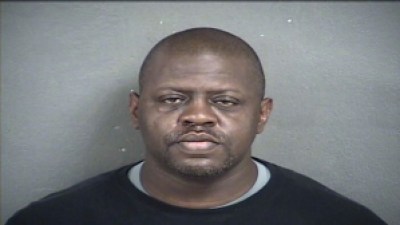 UPDATE:  12/10/15 – Heather Jones who lived with Michael Jones stated that she thought that Michael was going to kill her as he found out what he had done to his son.  Heather was arrested on Thursday for a bench warrant from 2012, according to ABC news.  She is being held without bond on suspicion of first-degree murder and child abuse but has not been formally charged, according the Wyandotte County Detention Center’s online records.

Original story:  Kansas City Police were called to a home at about 11:30 a.m. Wednesday in rural Wyandotte County for an armed disturbance, reports Kansas City news. While there they were told that a missing 7-year-old boy who has been missing for a long time could be dead and the body was at a nearby residence.

The KCP arrived at a home near 5200 block of 99th and Hutton Road on Thursday with a search warrant and found human remains there. According to KCTV, someone suggested they search a shed near Jones’ home, and upon doing so found remains.

Initial reports are that Michael A. Jones did have a 7-year-old son from a previous relationship, and that son is missing.

One source says a 44-year-old man, Mike Jones who lives in the home was taken into custody on suspicion of aggravated battery and aggravated assault of his 29-year-old wife, Heather Jones. The man allegedly told police that he is a bail bondsman, reports Fox 4 news.

Several neighbors told KCTV5 that Jones and his wife moved in two years ago and that Jones’ wife was pregnant at the time and they had seven children that were homeschooled, but no one ever saw the children.

At this time authorities will not release the name and the remains have not been identified.