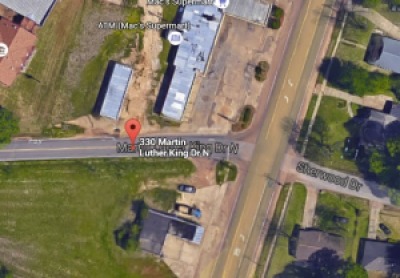 Original story:  The body of a Mississippi man was found naked, face down on the floor of a  bedroom and appeared to have been dead for several days, according to the police that arrived at the scene.  The authorities came to the home after receiving a call from neighbors who saw a teen running out of the back of the house at 330 Martin Luther King Drive in Canton where the body was found.  She was partially dressed and standing in the middle of Martin Luther King Drive with a red sweatshirt and no pants on.  The home, according to the man’s driver’s license belonged to James Black, 56.  When the authorities entered they found standing water and a strong odor of gas.   The home was under construction and a generator was running in a bedroom at the back of the house according to the Clarion Ledger.

The 16-year-old teen was taken to the Madison County Sheriff’s Dept. and her mother was called who told police that her daughter went missing on Saturday.   The teen did not state that Black had done anything to her, or explain why he was dead. Diabetes medication was found in the home, but it is unknown if it lead to his death.  Black has no criminal record and the teen, who name has not been released has not explained how she got to the home.

We will add to this story as more information come sin.