Woman missing from Provo since October 24, 2015 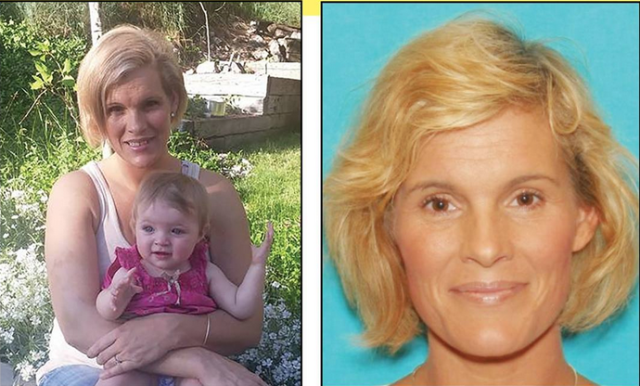 UPDATE 3/4/16 – Nicole Harris’ remains have been found. A decomposed body of a woman were found by a hiker who was near Chapel View Circle in Provo.  Police say Nicole’s body was deep in thick oak brush, and they had to crawl to get to her.
Original Stor 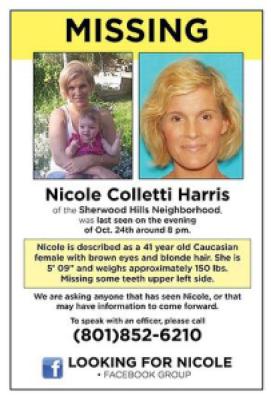 y:  Nicole Maria Harris, 41, a mother of five children has been missing since Oct. 24 from Utah.  Harris was last seen in the Sherwood Hills neighborhood of Provo.  It is believed that Nicole has been struggling with mental difficulties which may have been a factor in her disappearance, stated the Provo police.  Searchers went to Y Mountain to look for Nicole as she was known to go there often.  Harris has brown eyes and blonde hair, 5’9” tall, 150 pounds and was wearing a black shirt and khaki pants. Nikki may be distinguished by some missing teeth on the upper left side of her mouth.

The reward for information about missing Nicole has been increased to $50,000.  If you have any information on her whereabouts, please call the Provo police at 801-852-6210.