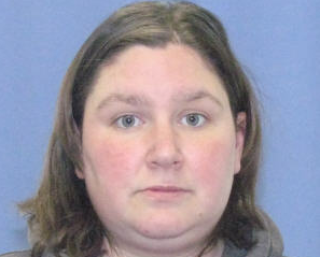 UPDATE 3/22/16 –  State police have confirmed they have found Michelle.  A body was found face down in a creek near Monroeton on Friday and an autopsy conducted confirmed it was her.  It also stated that she died from blood loss from gunshot wounds and she was stabbed and had blunt force trauma.  What an unspeakable thing to do to this young woman.  My condolences to her parents.

UPDATE 2/5/16 – Police have obtained blood from when Inch had blood taken at the hospital when she went there for a spider bite.  The police will use that blood to see if there is a match for the blood found on her car.

UPDATE:  2/4/16 – New information has come out that there was some blood found on Houseweart’s sweatshirt and the police are going to test to see if it belongs to Michelle.  Also, WNEP reports that Michelle’s parents had just inherited $35,000.  This would explain a home invasion.

UPDATE 1/30/16 –  A preliminary forensic exam of missing Michelle’s car found on Thursday showed blood on the outside of the vehicle, police said.  Foul play is suspected.

Original story:  Michelle Inch, 33, of Canton is missing after her parents Gary and Linda Inch from Montoursville barely escaped with their lives after a home invasion in Pennsylvania.  Michelle Inch was in a relationship with Michael Houseweart, 27,  who admitted, along with Brian Vroman, 27, to breaking into the Inch home and using duct tape to bind the couple’s hands and set the house on fire.  After the men left, Linda was able to get herself loose and run for help.  Gary and her suffered from smoke inhalation.  Records stated that both Houseweart and Vroman admitted to breaking into the home on the 100 block of Secular Drive at 3 a.m. on Wednesday and used a rifle to make the couple comply.  They took cash, a tv, cell phone and a poker set before pouring gasoline and setting the home on fire.

The couple cannot reach their daughter and she is not responded to phone calls.  Michelle’s car was found on Thursday in Canton Township.  Houseweart had moved in with Inch  to her parents house around Christmas time.  He left a few days before he came back and allegedly broke into the home, because his relationship with Inch had ended.  Inch also had gone to the police with her dad when a check from her account and one from her dad’s account were found to have been made out to Houseweart.  Inch’s cell phone has been dead since she went missing and she has made no contact with anyone.  There has been no activity on her bank or credit cards according to police.