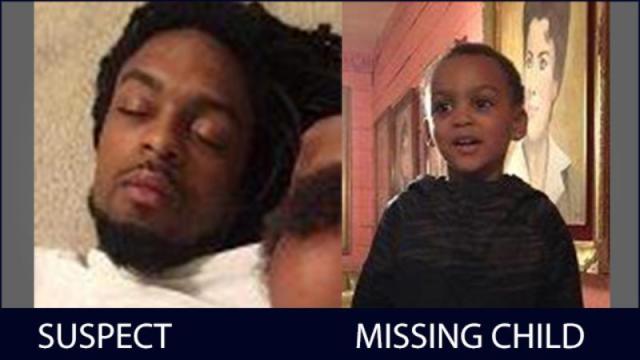 The Spotsylvania County authorities have issued an Amber Alert for missing Zion Williams who is three. He is believed to be with his father, Joshua Christopher Williams, 28, who took him after beating Zion’s mother.

Wednesday, May 5, Williams came to the home of his ex-girlfriend. They all got into the car and an argument began. Williams pulled the car over near Cleveland Court and began beating his ex-girlfriend until she got out of the car to get help, leaving Zion in the back seat.  Williams drove off with Zion. The car was found later in the neighborhood but Williams and Zion were gone and have not been seen since.

Authorities are worried for Zion as Williams has threatened to hurt him in the past. Williams does not have custody of Zion. Police believe he may be hiding in the neighborhood at a friends house.

Zion is 3’5” tall and 35 pounds with brown hair and brown eyes and was wearing a blue and white diaper with the “Cars” characters on it.

Joshua Williams is 5’1”” tall and 160 pounds with black hair and brown eyes and was wearing a navy blue and gray sweatshirt and blue jeans.