Please note the most recent updates are in reverse chronological order.

UPDATE 3/14/20 – The body of Diana Alvarez has been found.  The Lee County Sheriff Office stated her body was found by some surveyors in Yeehaw Junction in Osceola County they announced on Saturday morning.

“The remains have been positively identified as those of Diana Alvarez,” Marceno said. “Our team never quit, fulfilling the promise we made to Diana’s family to never give up on our search for Diana. The monster that committed this horrendous crime is behind bars and will now be brought to justice for the murder of Diana Alvarez.”

UPDATE 8/15/17 – Jorge Guerrero-Torres was sentenced Monday, August 14, 2017 to 40 years in prison. He was convicted in May of production and possession of child pornography. Diana Alvarez is still missing

UPDATE 4/10/17 –  During court proceedings information that was not known before came out.  The court documents showed a confession by Guerrero where he admitted he “engaged in sexual activity” with Diana.  He also told authorities that he smoked crystal and he knew it was “not normal to be sexually active with a 9-year-old girl.”

Diana’s family still hangs on to hope that Diana is still alive and out there somewhere.

UPDATE 6/6/16 – Guerrero appeared in a Fort Myers courtroom on Monday.  He is facing up to 20 years for child pornography charges.    According to Count On Two First news, the criminal complaint against Guerrero states authorities found him in possession of child pornography.  It has been established he was in Fort Myers when Diana went missing.  On the cell phone ping it showed after leaving Fort Myers during the early morning hours of May 29, Guerrero was tracked to “Okeechobee, then toward Yee-Haw Junction, then back to Okeechobee before returning to Orlando,” court documents said. 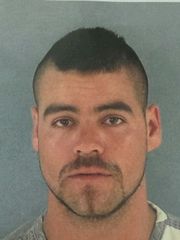 A team of searchers were in the Yee-Haw Junction area on Monday.  Also several photos were found on his cell phone showing a male adult’s hand and a female child’s private parts according to the media.

UPDATE 6/4/16 – The Naples Daily news has announced that Gorge Guerrero has been found in Okeechobee County and is being detained.  He was alone and Diana was not with him. 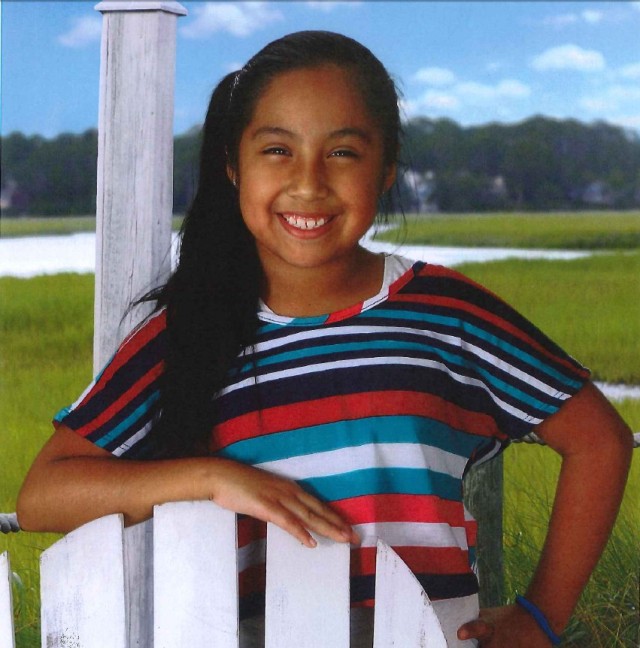 UPDATE 6/2/16 – An Amber Alert was put out for a tan Malibu that belongs to Gorge Guerrero, the man that was living at the home on Unique Circle where Diana was last seen.  The vehicle was located, but neither Diana or Gorge were found, reports WTFV News.  Uribe stated that Diana had grown close to Guerrero and was following him around and was sitting next to him while watched television. This concerned him and Rita so much that he asked Guerrero to leave.  This is contradictory to what he said the other day that he had known Guerrero and his family for a while and was not concerned with Diana’s growing fondness of Guerrero.  He also stated that Guerrero left on his own free will because he lost his job.  Uribe has now told two stories, that don’t match.  Why would he not tell the media that he asked Guerrero to leave? Could he have told the police and the police asked him to NOT tell the media so they would have time to track Guerrero down?

Guerrero, 28, has ties to Orange County and the Okeechobee area. He’s 5 foot 5 inches tall, weighs 145 pounds and has black hair and brown eyes.

UPDATE 5/31/16 -A $6,000 reward is being offered for information leading to missing Diana Alvares, the Lee County Sheriff’s Office said Tuesday.

More information has come out:  Diana’s mom, Rita Jimenez said that Diana went to bed at 10 p.m. and she checked on the kids around 2 a.m. to bottle feed one of the children, and covered Diana up with her blanket she had kicked off.  Then she woke up the next morning around 7 a.m., to get the children ready for church and she noticed a strange smell coming from their kitchen and saw someone left the stove top on and a pan filled with oil sitting there.  She went into the children’s room and saw that Diana was gone.

Uribe Jimenez, Diana’s step father said they suspect that a person that was renting out a room in their home may know where Diana is.  The renter said he was moving out before Diana went missing because he said he no longer had a job.

“He left like a month ago before this thing happened,” Diana’s stepfather told media. “He said, ‘I’m going to move. I don’t have no more job here.”

Rita tells Fox 4 news the last time they saw him was a week ago when he came back to the house to pick up some of his belongings.  After attempting to call him several times, they were finally able to reach him today and he told them he had no idea where Diana was.

Rita also said Diana a few weeks ago began to become more aware of how she looked and asked to put on makeup, reports Fox 4 news.

The family also noted that their family dog did not bark, which leads them to believe the person that took Diana knew the person.  They are also wondering if someone had turned the stove on in an attempt to burn the house down.

Uribe has stated he took a polygraph and he had no problem taking it as he had nothing to hide.  Fox 4 is reported Uribe passed the poly.

Tempers flared today as Uribe and Nancy Vizcarra from Okeechobee, who is Diana’s step mother got into a verbal fight. Rita believe’s Diana’s dad, Martin Alvarez, may have something to do with Diana’s disappearance and could have even faked documents to get her across the Mexican border, reports Naples News.  Vizcarra, who said she is Martin Alvarez’s girlfriend, visited Rita and Uribe to defended Diana’s father, saying he knew nothing about her disappearance and is still in Mexico.  During the argument Rita became involved and was later seen catching her breath as an ambulance showed up.  The family has been allowed to reenter their home and their cars have been returned.

5/30/16 – A search is on for a 9-year-old girl that is missing from her home in Lee County Florida. Diana Alvarez was last seen at her home at Sheltering Pine mobile home park at 3540 Unique Circle in the San Carlos Park area on Sunday at 2 a.m., reports Fox 35 Orlando.

Today there is no new information about her whereabouts. The police have checked with Diana’s biological father, Martin Alvarez, but she is not with him and the family states he has not been around for years.  Diana has no cell phone and did not go on social media. K-9’s have been used in the search and a helicopter was flying over searching the community. On Sunday night two tow trucks towed off a black sedan and a tan pickup from the area of the mobile home park, reports Naples News.

Other family members have told media that they have not been allowed to talk with Diana’s parents and they don’t understand why. 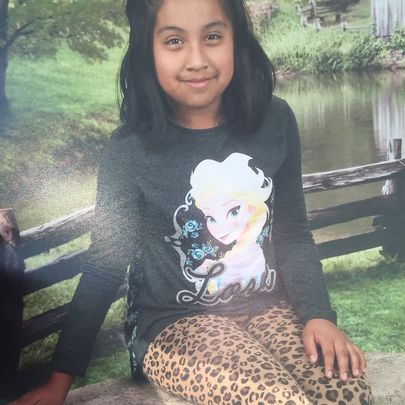 The Lee County Sheriff’s Office stated, an Amber Alert did not meet the criteria to be activated reported WINK News.

Alvares is 4 feet 4 inches tall, weighs 95 pounds, has dark hair and  brown eyes, as well as two scars on one of her legs. She was last seen wearing a short-sleeve shirt and shorts, and may be carrying a green blanket with flower print.