Angela Hammond abducted in Missouri in 1991

New information has come out in this case after the policer received a phone call and they are asking the public to contact them if they have any information. Clinton Missouri Police Dept. Facebook page

Very recently, a person left an anonymous telephone message for the Clinton Police Department regarding the Angela Hammond case and they did not leave any contact information for the police to contact them back.

“Very recently, a person left an anonymous telephone message for us regarding the Angela Hammond case. That person specifically mentioned two names. You did not provide a means for us to recontact you. If that person is reading this message, please re-contact us so that we can speak with you in real time. We will protect your identity or assure your anonymity.”

You can also send information to Missing Person of America and they will pass the information on to the police.

Also, Clinton Police are releasing a photo of the note given to a confidential informant.  Read more about that story below:

Angela Marie Hammond, 20,  has been missing from Clinton, MO. since April 4, 1991. She was last heard from by her boyfriend, Rob Shafer, 18, when Angela called him from a payphone that was in a parking lot of the Food Barn Store on Jefferson and Second St. 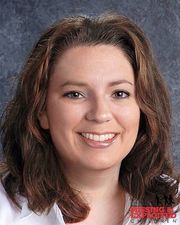 According to her boyfriend while he was talking to Angela she told him that a man was circling around the phone booth in a late model green and white truck, and he had pulled up next to her car. The man was dirty with a white beard and mustache, glasses and he was wearing overalls. Angela asked him if he needed to use the phone and he said no.

“He used the phone next to her, got back in his truck, and looked at something with a flashlight. She described the flashlight to me over the phone. He was looking for something. I had her ask him if he needed to use the phone. Maybe the other phone was broken. And he said, no, he’d try again in a minute. Then we just talked about other things. We weren’t too worried about it. And that’s when I heard her scream on the phone.   I heard her scream. The only thing that went through my mind was getting up there and finding out what the hell was going on.   I just dropped the phone and ran out of the house. I didn’t hang the phone back up, and just headed up there,” Rob said. 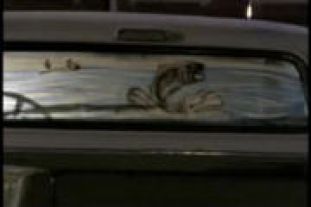 Rob heard Angela screaming his name, as he drove past. He turned his car around and followed the truck but his transmission gave out and he could go no farther.

Rob was an early suspect in Angela’s disappearance but a polygraph test cleared him according to Charley Project.

This week, 921 News stated, the Clinton Police Department have released information to the public they received in 1991, to the public.  They they have developed a theory after talking with several people of interest and potential witnesses.  The theory is they believe that Angela was taken in retribution for testimony given by an  informant that provided them information on an illegal narcotics operation back in 1991.

Because the informant’s identity was disclosed during the case, s/he received the ransom letter. The ransom letter was made with words cut from a magazine and pasted onto a piece of paper.   The letter was postmarked April 4, 1991, the exact date that Angela Hammond was abducted late that evening. The informant’s wife and his daughter- also named Angela- were living in Clinton, MO at that time.

In Feb. 1991, Cheryl Ann Kenney, 30,  was reported missing from a convenience store where she worked in Nevada, Missouri.  The store location is about 70 miles from where Trudy Darby’s body was found.  Read more here at the Charley Project.