A story out of Utah that could have turned into a missing child case has been brought to my attention by MPofA friend Nigel Nigekeys Graham.

Evidently, the child was left there by her father, and video at the campus shows video of him doing so.

The child whose identity has not been released was brought to the college by her father and told to stay there and go to sleep.  The temperature was only 39 degrees and she was wearing her PJ’s and had a blanket.  According to The Sun she was brought to an area by a glass door and told to lay down and sleep on the concrete around 5 a.m.

“She said she got scared,” the girl’s mother said.  “She was yelling, ‘Daddy!’ but no one was there,” Fox News reports. 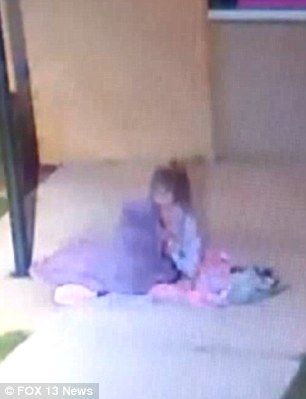 The security guard called the police when he found her at about 7:30 a.m.

Currently the story is being investigated to see if this was an isolated incident or whether this child has had similar events happen to her like this before.

The dad may face charges after the investigation is done.The little girl is now with her mother who states she has been severely traumatized by the incident, reports the Gephardt Daily.  The mother told The Sun that she had tried to file a restraining order prohibiting him from seeing the girl but the courts denied it.  It is obvious now the courts should have spent more time investigating the mom’s claims before making their decision.