The Amber Alert has been cancelled. The Sacramento police found Henry and Ruth near Downieville. Both were in good health. Earlier today police stated they had found the car Ruth was driving.

We now know that Hannah went to her mother’s house where Henry was and took him.

“She came in through a window and got him and left through a door and I didn’t even know it,” Jean Ashley, Henry’s grandmother said. 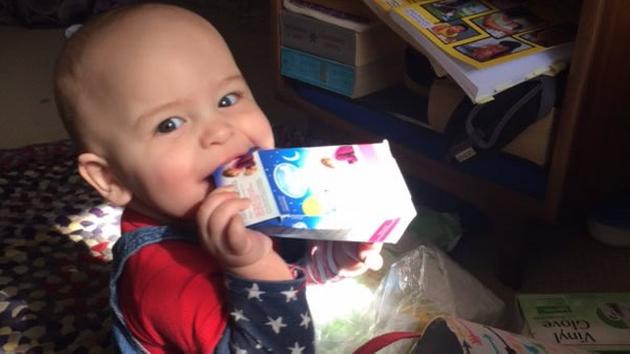 Henry Massey, a 7-month-old boy went missing in Guerneville, Calif. on Sunday and is believed to be with his mother, Hannah Ashley, 35.

Police have stated that Henry is endangered and Hannah does not have custody.

Ashley is described as a Caucasian female, 5′ 6″ tall, weighing 125 pounds, with brown hair and brown eyes and they may be traveling in a 4-door, silver 2005 Subaru Forester. California plates,5JKZ255.  They could be in Sonoma, Marin, Napa, Solano, Yolo, Sacramento or Placer County.