Teen missing from SC, believed to be with accused killer FOUND

UPDATE 12/13/16 – Hannah was found Monday after she went to a friend’s home and called her parents from Oregon.  She told them she wanted to come home.  Her parents called the Fountain Inn Police Department to report it.

“Hannah has been found in Eugene, Oregon,” Chief Keith Morton told WYFF. “We are in the process of ensuring her safe return to South Carolina.”

Hello all… we have an announcement. The rumor mill is turning so it’s just a matter of time.

We would like you all to know that Hannah is safe. To ensure safety and non-interference in the ongoing investigation…

***there will be no additional details provided at this time***

If you are among the few who do know details, please continue keep your information and experiences private.

Any posts about speculation, information, etc., true or false, will not be addressed by us in any way, and will be removed.

John is still missing, please provide the same diligence in assisting authorities locate him as you have extended to this family so this can come to the most peaceful resolution possible for everyone involved. Continue to watch for his vehicle. We will ask authorities to see if/how we can help… if this page and high visibility can serve a purpose in their efforts. We have so many people good people watching and your continued compassion and dedication can help bring closure for many families.

We’ve learned a lot through this. I think more than anything it has been that even in the worst times, you have to fight for everyone … to find every way possible to give everyone a chance to be heard so the truth, for better or worse, can be known. This is ultimately how justice, healing, and closure are made possible.

We now ask that everyone give the family some time and space. There is so much work to be done. Ultimately, we ask that you respect and protect Hannah’s privacy as if it were your own.

We understand that each of us wants answers for our own personal reasons, but there are limits to what rights people have to the details of Hannah’s personal life. Ultimately it is Hannah’s decision as to what she wants known, and who she chooses to speak to about this or any other part of her life. If she confides in you, protect that trust in whatever way she asks.

Media requests should be directed via private message only.

Thank you all once again for the support, visits, prayers, thoughts, compassion, kindness, and love. You’ve all made the difference during this most difficult time.

P.S.: Do something kind for a stranger today. You never know what the person next to you is going through.

As of Dec 18, Hannah was back home, per her dad’s Facebook page.

Original Story: A South Carolina teen is missing and is believed to be with a man who the police are searching for in the case of a woman found stabbed to death in an abandoned home in October.

The family believes that Hannah Thompson is with John T. Blauvelt whom she had been dating.   John T. Blauvelt and Charles Sidney Scott Jr. were both charged with murder  in the death of Catherine Ann Blauvelt, John’s wife, according to WALB News.

Scott is now in the jail on unrelated charges. 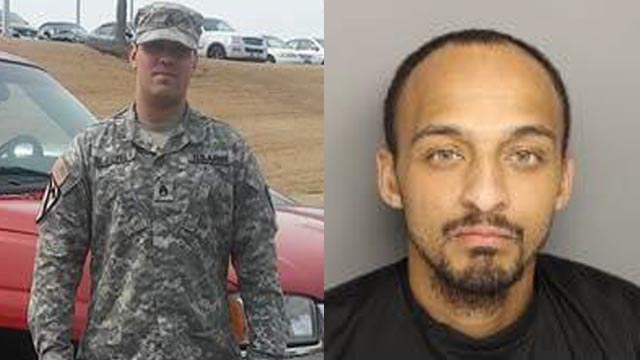 Blauvelt is still at large and was last known to be at Las Cruces, New Mexico border checkpoint on Nov. 15.  They may be riding in a red GMC Yukon with license plate JKY-829.

“Hannah Thompson, age 17, was reported missing out of Fountain Inn, SC, and is believed to be with her boyfriend and accused killer, John T. Blauvelt. Blauvelt is charged with the recent murder of his estranged wife, Catherine (Cati) Blauvelt, on Oct. 24, 2016. Police are still searching for John, whose last known location was at the Las Cruces, NM border checkpoint on Nov. 15th. They may be traveling in a 2000 GMC Yukon with SC license plate JKY-829. Hannah is 5’4” with long brown hair, brown eyes and braces. She was last seen Oct. 30, 2016,” according to Missing Pieces Network.

On Help Find Hannah Thompson website is information that the Yukon could have been painted gray.

“They were in Needles, CA on the 16th, at a border station. I’m sure they are long gone by now. Hannah had mentioned in the last few months, wanting to move to Oregon. I feel like they may have headed in that direction. Her mentioning Oregon came out of left field. I think now, knowing that she was seeing John at the time she mentioned Oregon, that maybe that’s something they had talked about. As for the car, I’ve only been told that it appeared to have been painted gray from the check-point photo law enforcement has. I was told the image was of the back of the car only.”