Put Decker in the search box above to read all the stories.UPDATE Dec. 15, 2020 – Ronald Roldan has been indicted for the disappearance of Bethany Decker. Documents state that Roldan was the last person to see Decker in their Ashburn apartment on Jan. 29, 2011, the day of her disappearance.

UPDATE 2015 – Roldan plead guilty to assaulting Willoughby with a deadly weapon.  He was sentenced to a term of 72-99 months, and should be released in 2020. 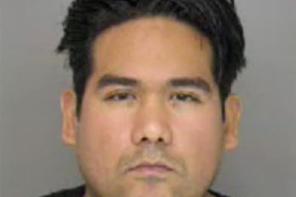 UPDATE:  12/12/14 – Vickie Willoughby, Ronald Roldan’s girlfriend, and a suspect in Bethany’s disappearance shot Roldan in the chest and in the abdomen, on Nov. 12, 2014, during a domestic disturbance.  Willoughby was shot three times as Roldan sat astride her on the living room floor of her home in Pinehurst, N.C.  Roldan grabbed Willoughby’s 38 caliber handgun and shot her once in the head. She ran fled to a neighbor’s home, where police found her. Willoughby lost an eye.Willoughby will not be charged, according to police, because she fired in self- defense.

Loudoun County investigators have said this is the same Ronald Roldan that was living with Decker before she disappeared.

has been missing for over a month.

Bethany Anne Decker, 21, was reported missing on February 19th, although she has not been seen since January 29th.

Bethany had gone on a vacation to Hawaii

with her husband, Emile Decker, just before his deployment to Afghanistan

, to try and work on their marriage. Her family have tried to reach her and could not get in contact with her. Bethany’s car was found parked in a garage at her Ashburn apartment. There was no sign of packed bags and her cell phone, bank account and credit cards have not been used since January 29.
Bethany had met Roldan when he moved in near her. He had had at least four children by three other women.  Bethany and Roldan would watch each other’s children.   Bethany told her family and friends that Roldan was ‘super-controlling,’ reports the Daily Mail.”We can’t prove it but Kai had black eyes for his first birthday,” Kim Nelson, Bethany’s mother told the Daily Mail. “The story was that a friend who didn’t have kids was watching him and he was holding on to a chair and fell backwards.”
MissingPersonsOfAmerica