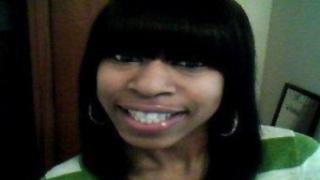 The remains that were found in a remote area outside Portland, Oregon has been identified as the missing 14-year-old, Yashanee Vaughn. Click here to read her back story.

The Oregon medical examiner identified her remains  that were found last week, through a DNA test.

They Portland police say that she was killed by a gunshot wound to the head.

Her body was found per information given by Parrish Bennette, Jr., 16, that has been in jail and subsequently been charged with her murder.