UPDATE: The body of missing Holly Bruce has been found about 100 feet away from her Jeep in a desert area near Sunflower in the Tonto National Forest on April 3, 2012.

There was a handgun found near the body and it is believed to be suicide.

Previous story:
Holly Marie Bruce, 25, is missing from Arizona and it is believed she may have driven to Fossil Creek, where she liked to go hiking.

Holly told her family that she was going out of town for awhile, but she has not returned and did not return to work.  She also has not answered her cell phone.

Authorities are worried about Holly’s state of mind as she had accidentally hit a man crossing the street and killing him, and she was also going through financial trouble.

Holly has been battling depression every since her dad drove to a forest in Laramie County, Colorado and killed himself ten years ago.  Holly’s family is worried she may be planning to do the same thing as she had just purchased a gun.

Holly is 5’4″ tall, 110 pounds with brown hair and brown eyes.  She is driving a 2001 gray Jeep Wrangler with Arizona license plates. 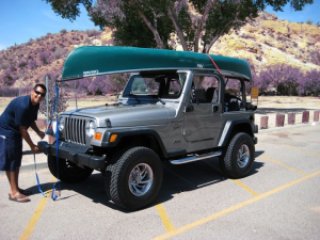