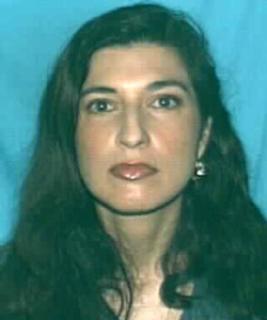 UPDATE 9/17/15 – Not often are there many homicide cases that are tried without a body, but the police in Chesterfield are trying to do just that.

Although Leyla has not been located, the police believe that she was likely murdered by her ex-boyfriend Michael Anthony Edwards and on Wednesday he was indicted.

The court papers stated that Edwards’ phone records placed him on Robious Rd. near Leyla’s home the night she went missing and the two cell phones belonging to Leyla were found alongside I-95, where Edwards worked.  Police also released information they had from Jan. 2013 that said that blood was found in the trunk of Edwards’ car.   The above information was enough for the Richmond Metropolitan Grand Jury to indictment Edwards for first-degree murder.

Col. Thierry G. Dupuis said that even though there has been arrest the case was not over.  “We are still asking for the community’s help; if there is any other information…we want to make sure that they come forward and give us that information.

Update:  Dec 27, 2012 – Court documents showed that Leyla wrote in her journal before she disappeared that her ex-boyfriend choked her and threatened her, leaving her in fear.

Search warrants that were unsealed Thursday in Chesterfield Circuit Court stated that police took several items from the home, including a toothbrush, lint roller, hair brush and camera on Normandstone Drive on April 6, including a red journal. Namiranian wrote that her ex-boyfriend Michael Edwards had said to her, “someday I’ll see you out in the street and I’m gonna get you.”

The journal also said that on February 19, Edwards had choked her and that he was jealous and she was afraid of him, according to affidavits.

Police also searched Edwards’ cell phone on April 6 and found that Edwards was outside Namiranian’s home for about five hours on the day she was last seen, records show.  Edwards admitted to parking outside of her residence at the time matching the cell phone records, according to the affidavits.

Edwards’ cell phone records also put him near where Namiranian’s work cell phone was found, in the woods near the Atlee-Elmont exit off I-95. They also state he was in the 3800 block of Chamberlayne Ave, and when they searched his car they found duct tape, blanket, bucket, towels, a blanket, a pink Nokia cell phone.

Edwards told NBC12 in June he had nothing to do with Namiranian’s disappearance.

“I didn’t see her that night. I have nothing to do with it,” he said at the time. He called her a great friend and said they “got along fine.”

Authorities said that Leyla left her job at Altria Group, Inc. in Henrico County around 6:30 p.m. on Wednesday and to go home at the 2000 block of Normandstone Drive in Midlothian, Virginia outside Richmond.

Police know she got home but did not go to work the next day and her car was found at her home.

There was no indication of a break-in or a struggle inside her home, but her purse and cell phone are missing.

Her ex husband Babak Namiranian who lives in Seattle called Leyla’s brother and father who live in Italy to tell them that she was missing.  Babak also said that Leyla’s brother told him that she had met someone online.

There has been no activity on her bank accounts or credit cards.

If you have any information on her whereabouts, please call the Chesterfield police at 804-748-1251.