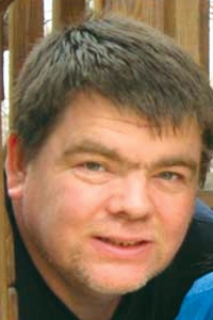 UPDATE:  June 28, 2012 – Larry Davis isn’t missing anymore, according to Albany police. He’s apparently in Kennewick, Wash., and just doesn’t want to be found.
The Albany Police Department is no longer looking for Larry Davis who disappeared from his job in Albany on May 21, said Lt. Brad Liles.

The case officially was closed on June 14, because on June 12, a man identifying himself as Davis called Albany police and rattled off information to identify himself.

“Eight family members have listened to the phone call, and they were all convinced it was Larry Davis,” Liles said. A former co-worker confirmed it was Davis, as well, although his wife does not believe it is him and said, ““There’s been no sightings of him, that he’s actually in the Tri-Cities,” Kathleen Davis said. “He hasn’t shown himself to anybody.”

Larry C. Davis, 47, from Corvalis, Oregon, has been missing since May 21.  He left a note, cell phone and his wallet in his 1998 Ford Windstar van and walked off his job at Continental Transmission on Queen Avenue.

His wife, Kathleen said the note he wrote thanked him employer for giving him a job and to “give everything to me,” she told the Democrat Herald. He left behind his wife and three sons.

This Saturday, volunteers will meet at the Mega Foods in Albany to post flyers.

Larry is 5’7″ tall, 230 pounds and has a tattoo that reads “Moe” on his left shoulder and a brand mark with a “J” on his left forearm.  He also has a brand mark on his upper right arm with the letters “MCAA” and an “S” on his chest.