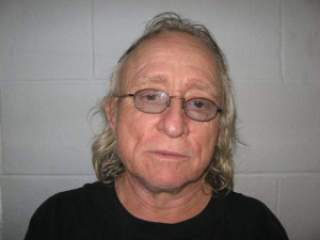 UPDATE:  1/18/13 – The medical examiner’s office has indicated the human remains found are those of the missing Timothy Hauser.

UPDATE:  December 29, 2012 – A man bow hunting and tracking a deer came across a body in dense thicket that is believed to be the body of missing Timothy Hauser.

Law enforcement officers are certain the body is that of Hauser, but are calling in a state anthropologist to evaluate the scene Sunday and will perform DNA tests to make sure, said Osage County Chief Deputy Sheriff Charlie Cartwright, reports Tulsa World.

Authorities state that Hauser had been robbed when he went missing on Aug. 9.  Three people have been charged in connection with the assault on Hauser. Trysta Shaffer, 28, and Rusty Boyd Petty, 41, allegedly admitted assaulting Hauser with a bottle and a tire iron, blaming each other for killing him.

Timothy Hauser, 62, a disabled man was last seen on the morning of Aug. 9 leaving Osage Casino just west of Bartlesville with Trysta Shaffer, 28, and Rusty Petty, 40

Shaffer and Petty have been arrested and suspected of involvement in Hauser’s disappearance.

Wednesday morning Osage County officials along with a dive team from the Oklahoma Highway Patrol spent an hour searching the Caney River underneath the Cherokee Bridge in Bartlesville for clues — based on information that “somebody saw someone through something” off the bridge, Brown told 2NEWS. But the search found nothing.

Those bearing any information on the whereabouts of Hauser are asked to contact the Osage County Sheriff’s office at 918-287-3131.