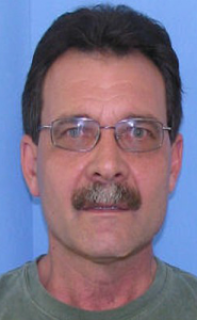 UPDATE:  3/24/14 – THe body of Thomas Augustyniak has been found on Saturday, March 22, 2014, at the Prettyboy Reservoir in Baltimore County.  The body was found in the woods near the reservoir and no foul play is suspected.

Thomas Augustyniak, 53, from Glen Rock, PA, has been missing since Wednesday, April 17, 2013, after he said he was going for a walk behind his house in the woods.

Volunteers have searched for him along with bloodhounds and a state police helicopter searched with infrared camera but he has not been located.  Divers also searched ponds in the area.

The following day the search was widened after authorities viewed a surveillance video from a business in which Augustyniak can be seen walking south on Main Street toward the Rail Trail about 6:15 a.m.

That was not Augustyniak’s normal walking route, the chief said, reports the York Dispatch.

When Thomas left his home on Wednesday he did not take his cell phone or wallet.  He left a note saying he was going to a walk and even put on a pot of coffee before he left.