According to the sheriff’s office,  the remains of Alexis Murphy were located on private property near Stagebridge Road on December 3.  Positive identification was received from the OCME Friday, February 5.

Randy Allen Taylor was charged with murdering the teen. He was eventually found guilty back in May 2014 and given two life sentences.

The family posted: “Our family is so grateful for the continuing love, support and prayers for Alexis and our family over the past 7 years. While we have been grieving the loss of Alexis since 2013, we remained hopeful that she would be found alive and well. Alexis was the fashionista, athlete and joker of our family; we were blessed to have loved her for 17 years and her memory will continue to live on through us all. Our family would like to extend a heartfelt thanks and sincere gratitude to the citizens of Nelson County, the FBI, the Virginia State Police, the Nelson County Sheriff’s Office and all of the search and rescue teams for your commitment and unwavering support to find Alexis. You all kept the promise made in 2013, to bring Alexis home!”

UPDATE – Taylor was found guilty in 2014 of murder and abduction in the 2013 disappearance of 17-year-old Alexis Murphy of Nelson County. He was sentenced to serve two life sentences in connection with the disappearance of Alexis.

UPDATE:  1/25/14 –  DNA testing by the FBI has cleared Jesse Leroy Matthew, Jr. of any connection to the abduction and murder of Alexis Murphy, who is still missing.

Matthew was charged with the murder of Hannah Graham who went missing from a bar in Charlottesvile last September and whose body was found a month later. Matthew has pleaded not guilty to killing Graham.

UPDATE:  11/29/13 -Volunteers from the women’s group Shopo Nation will be searching for Alexis on Sunday, Dec. 1 from noon to dusk.

They will begin their search at the 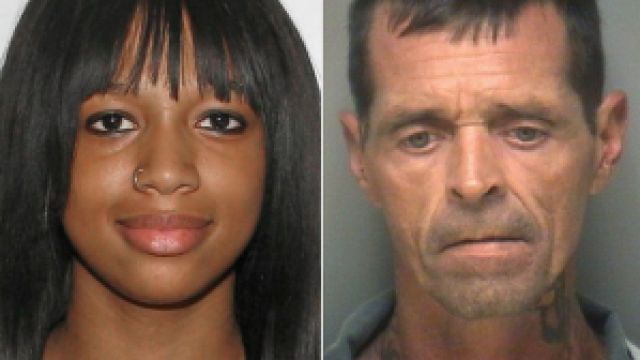 UPDATE:  9/23/13 –  Authorities say they have a NEW person of interest in the disappearance of Alexis Murphy but they are not saying who.

Taylor is still detained in jail on abduction charges.

UPDATE:  9/3/13 – The FBI announced that the phone belonging to Alexis has been found.

“Since this is an on-going sensitive investigation, where evidentiary items and search information is sealed; no further discussion will be entertained,” the FBI said in a statement. “This sole release of information is only being made to advise the public that we no longer need assistance looking for that one item.”

UPDATE:  8/31/13 – On Saturday, members of the Lake Monticello Water Rescue Team went 10-miles down the river looking for clues to what happened to Alexis, while other member walked along the riverbed.

A red sweater, which is what Alexis was believed to have been wearing before she went missing was found caught beneath a rock in the Rockfish River.

The sweater was taken as tagged as evidence.

UPDATE:  8/12/13 – Police have arrested Randolph Taylor, 48, in connection with the disappearance of Alexis.  He has been charged with abduction.  There is no more details as to why Taylor was arrested, but the authorities are asking the public if they saw a Taylor or his GMC Suburban around the time that Alexis disappeared, to call them.

“We continue to ask the public for tips, particularly if you have information on Randolph Taylor,” Anthony Martin, the Commonwealth’s Attorney for Nelson County, said at the news conference.

Original Story:  Alexis Murphy, 17, from Shipman, Virginia in Nelson County has been missing since last Saturday, August 3, 2013.  Alexis left the Ardeen Place apartments to go for a shopping trip to Lynchburg, but she never came back. A surveillance photo shows Alexis at the Lovingston Liberty gas station, and a worker saw Alexis talking with a man at the pump.

Authorities searched for her at the surrounding area where her cell phone gave off a signal.  On Thursday, a passerby saw Murphy’s car at the Carmike Six cinema parking lot and reported it to police said the Times Dispatch.

Alexis was an active user on Twitter and has over 12,000 followers as of Friday.

If you have any information about her whereabouts, please call the Virginia State Police at 434-263-7050.