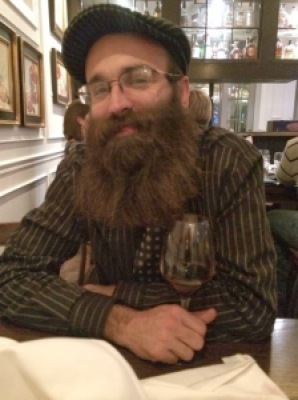 UPDATE:  1/25/14 –
Alex’s body was found in 4 feet of water inside a 55-gallon blue barrel in the Kentucky River, said, Fayette County Coroner Gary Ginn. Alex was found off Old Richmond Road on Friday morning, inside the steel drum and submerged in the water. Ginn said Johnson died from blunt-force trauma injuries to the head and he was identified by dental records.

“We believe he’s been in the barrel at least a month,” Ginn said. “He was fully clothed and had some money on him.”

UPDATE:  1/24/14 –  Timothy Ballard was charged with complicity to kidnapping and tampering with evidence.  Court documents say Ballard, 42, assisted in the unlawful restraint and transport of Johnson and disposed of evidence. The offense is listed for Dec. 20, according to court documents.

Several news outlets have identified a suspect as Robert Markham Taylor, 28, of Lexington, who also is known as Mark Taylor. He was arrested in Texas on Thursday.

Previous story:  Alex Johnson, 32, from Lexington, Kentucky went missing Dec. 20. He was talking to his girlfriend on the phone when there was a knock at his apartment door. He told his girlfriend he would call her back, but he never did.

His family has not been able to reach him and he never showed up for a Saturday meeting at the University of Kentucky where he works as a campus chef.

He also had plans to meet with friends over the Christmas holiday but he never made it.

His car is still at his home on North Hanover Avenue, and his cellphone has not been used since that Friday.

Anyone with information about the disappearance of Alex Johnson may call Lexington police at (859) 258-3600 or leave an anonymous tip here.