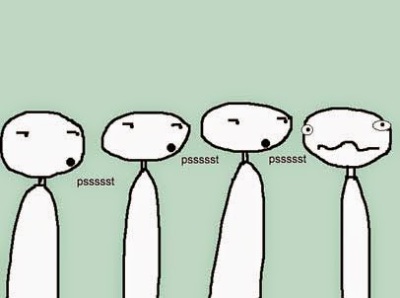 As the days progress after Chase Merritt’s arrest for the charge of murder of the McStay family from Fallbrook, Calif. I fully expected social media to quiet down.  If nothing else to take a rest after 4 years of theorizing what happened to the family.

Now that it has been alluded by the San Bernardino County Sheriff Dept. that Chase Merritt is solely responsible based on their investigation, you would think that everyone would be satisfied with the arrest and stop stoking the fire, but that has not happened.

Many are satisfied that Merritt acting solely, but many more believe he could not have possibly, and more names are being brought out as to who could have helped him.

It is so easy for speculations and theories to get wrapped around facts, and before you know it, some of the facts become misconstrued.  Not on purpose, but part of human nature.  Some information that some have been privy is being repeated on various social media sights as many try to take the lead as an authority on the case.  The only authority on the case I know of is Patrick and I wonder if he is even having trouble keeping track of the facts with so many speculations and theories swirling around the cyber campfire.

Switching gears here, I wanted to bring up the CNN story, “Buried Secrets”  During that broadcast, you were able to see a video that was posted on YouTube several years back.  I watched the video a few times back then, but never knew who it was behind the camera until the CNN story ran.  Evidently, Steph Watts, who was a guest on the CNN show was also the same person who was shooting the video.  As CNN spoke on the case, I was wondering why CNN chose him to talk about the case, as every time he spoke he reminded me of a correspondent on “Extra” with host Mario Lopez, with his use of adjectives to create sensationalism, but evidently Watts has been a reporting source for some top-rated news shows like Nancy Grace, so who am I to question his delivery style.

As Watts shoots the above mentioned video with Michael McStay and Tim Miller from Texas Equusearch, he remarks about Summer not being a very good house cleaner.  He is walking through the house and in his opinion the mess is from lack of cleaning.  But was it?  How do we know the mess was not caused by someone trying to cover up a crime or searching for something inside the house?  It is evident by his comment that he did not think that a crime had happened in the home.   In the video, Tim looks puzzled and is heard saying that he wonders where everyone slept, and Michael loudly announces he has found the double stroller in the garage, and he knows the family goes no where without it.

Where are the sheets on the bed, where are the blankets and why was the double stroller not in the car.  If you remember the Trooper had toys and a toy kitchen in a box in the back area, leaving no room for a double stroller.  I believe Michael when he says they always took the stroller but this time it appears it was an exception to the rule for an situation that caused the exception.  So, how much else in that house was an exception to the rule as they walked through it looking for clues, and how much of it was caused by an intruder covering up a crime.  It is looking less and less like the paint cans and paint brushes left around, the unmade beds, and much more were something the McStay’s did.  A group of four men were not alerted that they were standing in a crime scene, let alone the police who are trained to notice things like that.

Later in 2010, after the video was taken, Michael Mcstay denounced Watts on his blog, because he had “released confidential information”…”for his own gain”…and had “landed Texas EquuSearch in hot water with the San Diego Sheriff Department.”

“The vehicle was found near the border, but there are no eye witnesses as to who actually got out of the vehicle, contrary to Watts’ blog,” posted McStay.

Watts responded on March 7, 2010, “Your anger is misdirected. I suggest you take a good hard look at summer and her activities prior to your families disappearance. I would also suggest you start looking over the border for your family..but what do I know, I’m a lousy journalist…I wish you all the best…”

Time has proven that there is only one thing that Watts said in the above paragraph, that was true.

Further research reveals that in March 2010, the SARstories News wrote an article  that originally came from a SAR-L email about how Watts represented himself as a 1st Special Responder (1SRG) to allegedly “further his own cause,” in the Chelsea King and McStay case.  It was such a concern for 1SRG they even sent cease and desist letters to Watts and Nancy Grace, Greta Von Susteren, CourtTV/HLN and anyone else that Watts had provided information to.

In Nov. 2014, Watts was on True Crime Radio where he was asked very specific questions about the case that have been brought up on social media.  Everyone is looking for answers and since Watts was in the house with Miller and Michael they believe he may have seen something that would help back the information that investigators released that the crime happened in the house.  Watts didn’t point out anything specific, but did express his own theory that Joey was killed elsewhere and then Joey’s own car was driven back to the home and then the children and Summer were killed, which is not what the police have stated that happened.  The police believe the whole family was killed in the home, and I agree that is probably what happened and the accused waited for Joey to return home and attacked him before he even had a chance to defend himself.

Watts also stated during that interview that he talked with Patrick earlier and he told him that he was seeking to speak with Merritt’s girlfriend.  She would be able to collaborate whether Merritt was home that evening.  He stated that Patrick replied that, “he had never thought of that.”

It would be hard for me to believe that the police have not spoke with Merritt’s girlfriend long ago.  My thoughts will be that if she does exist she is being shielded by the prosecutors as her testimony could certainly clear up a lot of things.  And with that, Watts should not be seeking her or trying to talk with her as his involvement with her could jeopardize the investigation, as we do not know how much this whole case could be hinged on Chase’s girlfriend and what she knows.

I do know that it would not be too difficult for any arm chair detective to track her down, but I hope that no one does that.  Since we do not know what the police knows, anything that is dug up or spoke about could cause the case to implode.

Answers are coming and we just have to wait.