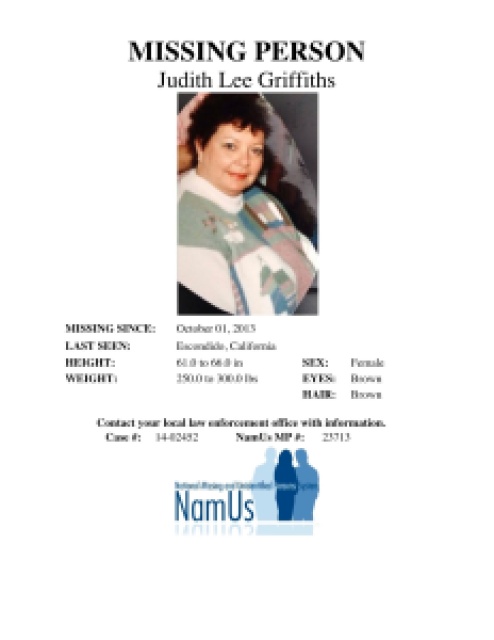 Judy Griffiths, 73, called her cousin from a bank in Escondido asking to borrow money.  That was the last time anyone heard from her.  She was last seen on Oct. 1, 2013.  She would have people drive her from Chicago, Illinois to California and back and then call family members about once a month.

Judy is under 5’6″ tall and weighs around 250 pounds.  Her hair was brown and short in a short shaggy style.

She was reported to have a 2013 Kia with California tags.  She has two dogs and the boxer tore up the back seats of the car, which is noticeable.  She was last known to be in the Escondido (San Diego County) area.

One thought on “Judith Griffiths missing from Escondido, California since 2013”