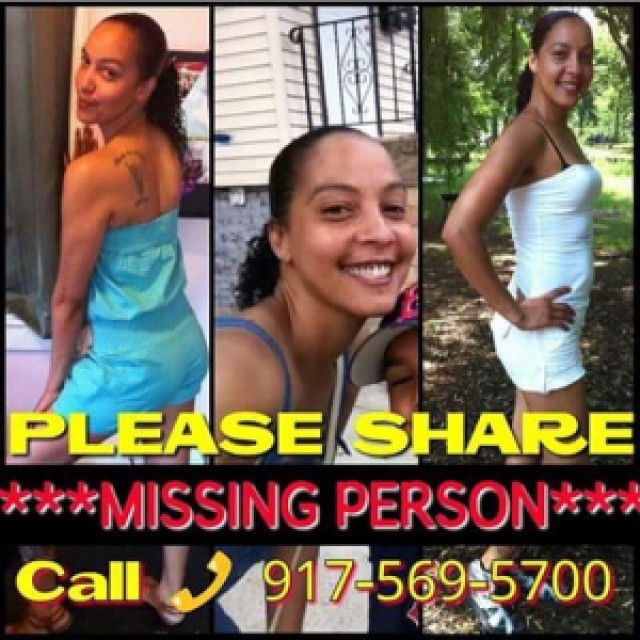 UPDATE 6/21/15 – Diana returned home on Sunday and she was taken to the hospital for evaluation, according to news 12 Bronx.

UPDATE:  6/20/15 – A surveillance video shines new light on how the dog ended up tied to the pipe.  The video shows Perez, herself tying her dog to the standpipe and then walking away.

The NBC New York reporter asked Diana’s husband, Carlos, if she would run away, and he responded, “”I mean, anything is possible, but run away from my little man’s graduation, prom that she’s been preparing all this time? No,” he said.

Diana Perez, 42, of Bronx, N.Y. was last seen on Sunday around 8 a.m. while she was walking her dog on White Plains Road and Cross Bronx Expressway in Parkchester.  She never returned.

Her dog. Snow White was found 3 miles away tied to a pipe on 156th Street and Bruckner Blvd.  Her dog had difficulty walking.

Diana’s son is graduation was middle school today and the family knows she would not have missed that.

Diana was wearing blue jeans and a white tank top and is 5’8″ tall with brown eyes and hair.