Maddie Williams was only four when her family was traveling from Reynoldsburg, Ohio to San Antonio, Texas to visit family in June 2002.  Katie Williams, Maddie’s mom was driving a Toyota Tundra pulling a 26-foot camper when they had a car accident in Millersville, Tenn.  The accident occurred in a “bad area with a steep down-grade and it’s a mile long, very curvy,” stated Millersville Police Chief Vincent Ford in 2002.  There is speculations that high winds may have caused the accident.

Maddie and her dad, who was a police officer were not injured  and her older brother suffered injuries that sent him to intensive care. 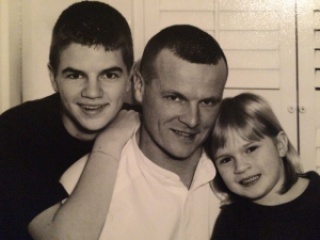 Over the years, Maddie thought of a man who helped her after the crash.  He pulled her out of her seat and wrapped her up in one of her dad’s shirts that ended up along the highway.  He stayed with her as Maddie’s dad tried to help her mom and older brother.

Maddie, who is 18 now, told her aunt she would like to thank the man that helped her.  Maddie’s aunt suggested she go to Facebook and ask for help to find the man and the post went viral.

“I had no idea it would get that many shares,” said Maddie.

Maddie will be going to college this year and before she goes, she really would like to find the man that was there for her as a child.

There is no photo of the man, and Maddie doesn’t remember what he looks like.  But, the accident was in the paper and so far some first responders have replied to her post, but the man has not been found at this time.

So if you know who he is, please let us know by posting here and we can tell Maddie.