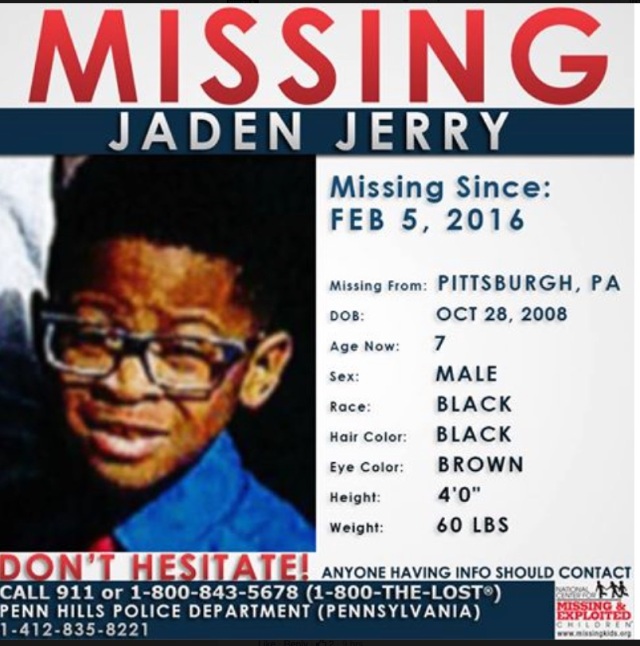 7/24/16 – I received this comment:  After assigned Jaydon Jerry’s case from the Child Rescue Network along with the FIREBALL RUN the race to recover America’s’ missing children. With a large campaign across PA and the East coast, we were notified that Jaydon had been recovered late this April.

3/6/16 – After a week, I heard from Black & Missing that Jayden’s cousin reached out to them for help.  They were also able to get a clear picture than the one that NCMEC has.  As soon as I know more I will post it. 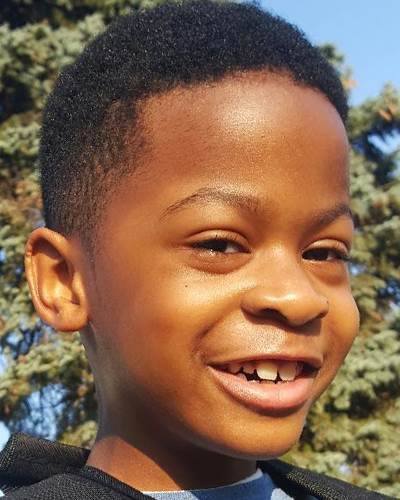 Pennsylvania 3/1/16 – I can’t believe I have heard nothing about this child missing until today. Jaden Jerry is only 7-years-old and he is missing from Pittsburgh, PA. He was last seen on Feb. 5, 2016. Where is the Amber Alert for this little boy? Where is the media?  I am guessing they have not heard anything either.  I have contacted the NCMEC to ask them for more information on this boy, as they are the ones that are circulation his flyer, but as of 3/6/16  they have not contacted me back. WHY!

Here is his information: