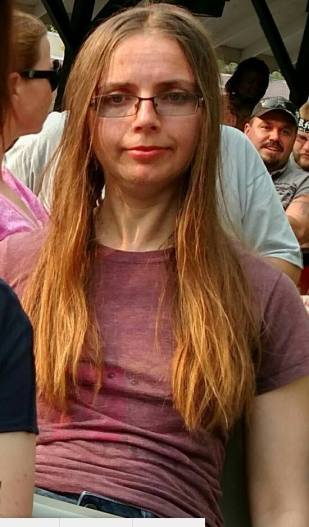 5/14/16 – A man walking along the riverbank in Port Dickinson came across the body of Brenda. The Broome County Sheriff’s Office made a positive identification and did an autopsy and ruled the cause of death as drowning.

5/10/16 – The Halpin family has guaranteed a reward of $10,000 reward for information leading to the whereabouts of Brenda.

“Papathomopoulos said all funds raised through the crowdfunding efforts would be donated to support Huntington’s disease research and volunteer search and rescue operations, in the event that the sum is not distributed as a reward for finding Halpin. In addition, she said, a portion of unused funds raised would be assigned to a trust account for Halpin’s daughter.”

You can donate here.

4/21/16 – Brenda Halpin, 37, from Chenango Bridge, New York has been missing since Friday, April 8.  She was last seen at her home she shared with her boyfriend on Poplar Hill Road.  Her boyfriend and their 9-year-old child was at a relatives house for the night when Brenda went missing.

Brenda is 5 feet tall and 90 pounds with straight long brown hair.  She wears glasses and has Huntington’s Disease which affects her walking.  She was thought to be wearing pajamas of unknown description and may be wearing a black coat over it and sneakers.

If you know anything about Halpin’s whereabouts or think you may have seen her, please call the Broome County Sheriff’s Office at 607-778-1911.

Susan Papathomopoulos is Brenda’s sister and she will be having a vigil this Friday, April 22.